Rogers Launches ‘Ignite’ Unlimited Home Internet, Up to 250Mbps Down

Rogers yesterday launched new home internet plans called Rogers Ignite, which offers two plans that offer unlimited usage internet, starting at $84.99 (100u) and $94.99 (250u) after their introductory three-month pricing of $59.99 and $69.99 per month respectively: 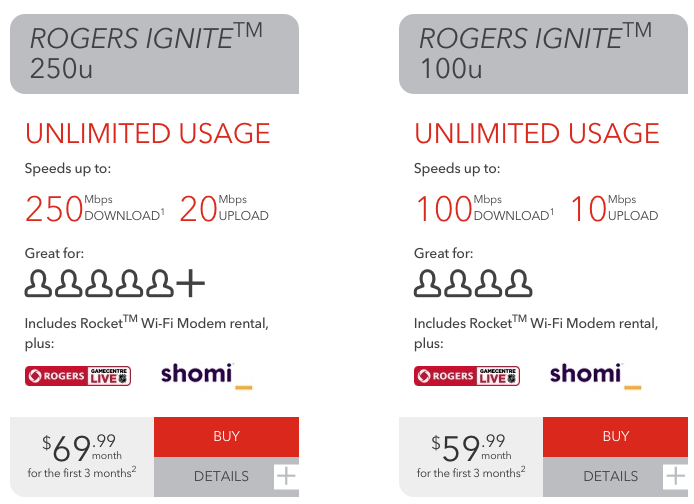 The Ignite home internet plans come with a one-time installation fee of $49.99 and an activation fee of $14.95. The first three months offer $25 off each Ignite plan.

Rogers confirmed to us the unlimited usage plans truly have no data limits as advertised (i.e. no fair usage policies in their terms of service), emphasizing “Our policies do not place a limit on our Unlimited Internet offering.”

Let us know if you’re going to be switching to any of these Ignite plans–they are available where the Rogers cable footprint is offered: Ontario, New Brunswick and Newfoundland.