Rogers Launches LTE Roaming Agreement with AT&T in the USA

Rogers has announced a new LTE roaming agreement, this time in the USA with partner AT&T. According to the email we received:

Today, we’re excited to be the first Canadian carrier to offer LTE roaming for customers travelling in the U.S.

Customers will be able to roam on the AT&T LTE network, allowing them to enjoy the same blazing fast speeds they’re used to at home on the Rogers network, and take advantage of our worry-free $7.99 per day U.S. roaming internet rate.

This rate includes free data usage notifications when texting “usage” to 3330 while roaming in the U.S. and alerts when they reach 50 per cent, 80 per cent and 100 per cent of their data pass.

The US is in addition to existing LTE roaming agreements in Switzerland, Hong Kong and South Korea.

Interestingly enough, 20 hours ago iPhoneinCanada.ca reader Steve let us know LTE had suddenly turned while he was roaming on Rogers in the USA in Greensboro, North Carolina and also at Dulles Airport in Washington–so indeed everything works as advertised: 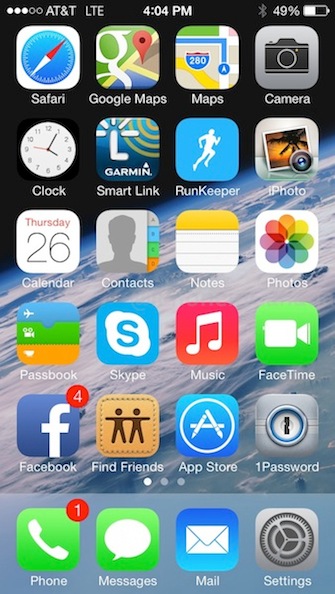 Rogers customers can roam in the USA for $7.99 per day, which provides 50MB of data. Alternatively, those with unlocked iPhones can also use other more competitive US roaming solutions such as Vancouver-based Roam Mobility.