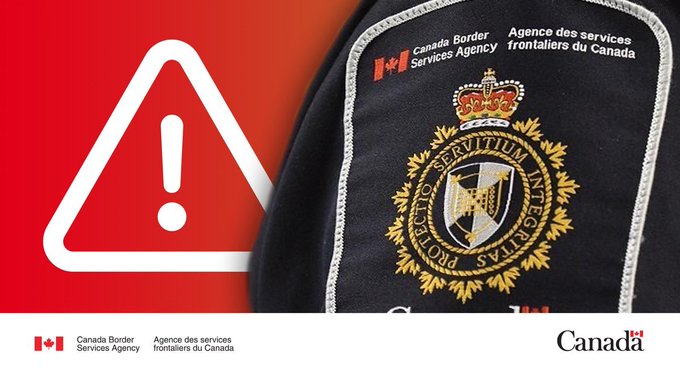 Canada Border Services Agency said on Friday due to the Rogers network outage nationwide, the ArriveCAN app may not work for travellers.

“Due to the current Rogers network outage, travellers may not be able to complete their ArriveCAN submission,” said CBSA on Friday.

“For the duration of the outage, impacted travellers are required to submit their information using the Traveller Contact Information Form, to be completed prior to arrival at the border if unable to submit via ArriveCAN,” added the CBSA, noting “Paper copies of a traveller’s proof of vaccination, as well as their government-issued documents, will be required,” to enter Canada.

“Travellers who are not affected by the current Rogers network outage are required to continue to submit their mandatory information via the ArrivCAN application,” said the CBSA.

Now, those without Rogers network service, they’ll need to find Wi-Fi to access the Traveller Contact Information Form. That may not be possible at airports as travellers arrive with no access to printers, but paper forms are likely still available.

Many have called for the ArriveCAN app to be removed, such as the head of the border services union, arguing the app is causing delays at airports and other points of entry.

“Our technical teams are working to restore our services alongside our global technology partners, and are making progress,” said Rogers in a statement to iPhone in Canada earlier this afternoon.

“We know how much you rely on our networks. Today we have let you down. We are working to make this right as quickly as we can. We will continue to keep you updated, including when services will be back online,” added Rogers.

According to Cloudflare, the company believes the outage was likely due to an internal error, and not a cyberattack.

Telus's President of Mobility Solutions, Jim Senko, said in an interview last week that Rogers and Shaw's proposed sale of the latter's wireless business, Freedom Mobile, to Quebecor will reduce competition in Canada's wireless market (via the Financial Post). Quebecor "doesn’t truly understand the Western markets and would have to wholesale there any kind of...
Nehal Malik
1 hour ago