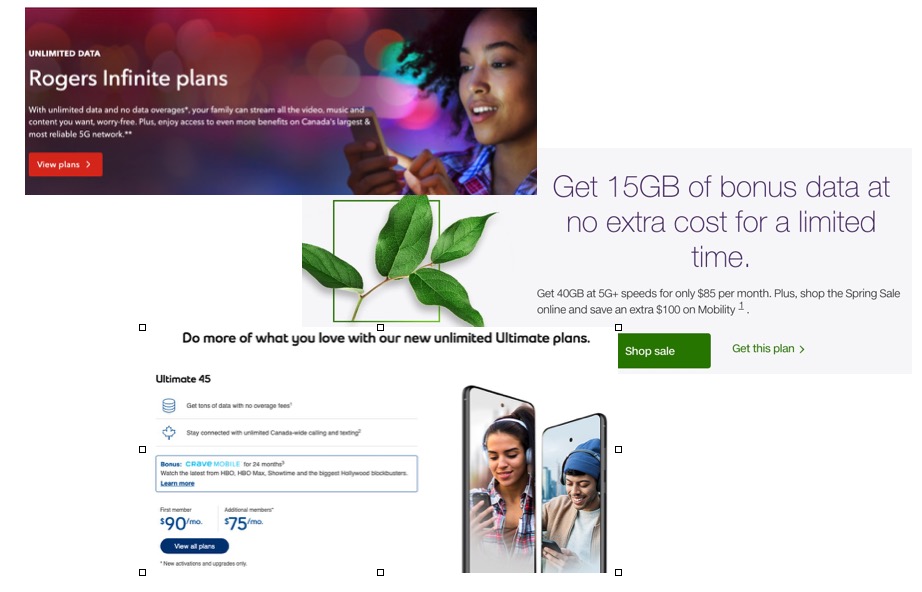 Tracking the wireless plans of Canadian carriers can be a daunting task, as there are tweaks to pricing and data amounts all the time, in what seems to be an effort to keep customers guessing all the time.

Last month, we saw Rogers and Telus change the entry starting price of ‘unlimited’ wireless plans to $85 per month, a move that was eventually copied by Bell. We also saw Telus introduce speed caps (for Koodo too), which have yet to be adopted by its rivals.

Here’s what ‘unlimited’ wireless pricing looked like from Rogers, Telus and Bell on February 18, 2022:

Fast forward to March and we’re seeing more changes and tweaks to plans, according to our high tech spreadsheet below (colours!):

Here’s a recap of what has happened since:

I can only imagine the boardroom discussions on shuffling plans and changing prices and data amounts, possibly just drawing numbers out of a hat or something, or throwing darts at a board.

If you’re on one of these unlimited plans that have seen an increase in data or a price drop, you should try calling in and switching your plan.

Bell Media’s streaming service Crave is back with another promo for the holidays, again offering 25% off its top gift card. Last year, Crave offered 25% off its $100 gift card, resulting in customers paying $75, saving a cool $25 off. For 2022, Crave is offering up the same promotion again. You can buy a […]
IIC Deals
11 hours ago