SaskTel expects Christmas Day to be one of their busiest of the year. The company as announced it projects their customers will make 600,000 long distance calls, 450,000 landline calls and 150,000 wireless long distance calls. As for text messages? That’s the new Christmas card as SaskTel predicts their customers will send 8 million texts on December 25th.

“SaskTel is all about helping our customers stay connected to friends and family,” said Don McMorris, Minister Responsible for SaskTel. “We would like to thank all of SaskTel’s customers for continuing to allow us to facilitate that special connection and to wish them a safe and happy holiday.”

SaskTel recommends its customers to call outside the peak hours of 10AM-2PM and 7PM-10PM to avoid network congestion. 40% of calls are expected to be made to areas outside of Saskatchewan and 54% will be placed within the province, and 5% going to the US and international destinations.

SaskTel has also discounted their 16GB iPhone 5 on a three year term today, to $78.99 (beating the promos offered by Rogers and TELUS). The carrier started its LTE network trial back in late November and will officially launch the faster wireless network in February 2013. 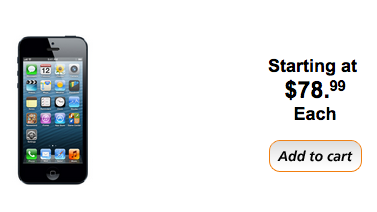 Christmas is always one of the busiest days of the year for texting. How many do you expect to send?

The Canadian Radio-television and Telecommunications Commission (CRTC) wants feedback from Canadians on the proposed price increases on basic TV packages, beyond mandated price caps. The CRTC said on Wednesday the request for comments comes “in response to an application filed by a group of television service providers to increase the price cap for the basic […]
Gary Ng
46 mins ago