Less than a week ago SaskTel dropped their iPhone 5 pricing to start at $148.99 for a 16GB model. Now, it appears SaskTel has dropped starting iPhone 5 prices again across the board. Here are the new prices: 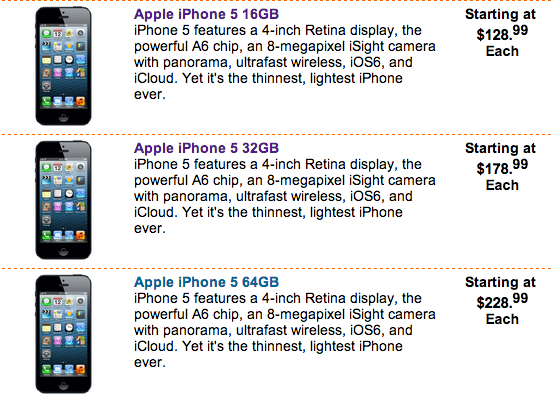 These prices are now in line with updated iPhone 5 pricing seen from the Big 3. SaskTel should eventually sell the iPhone 5s and iPhone 5c, but as of now it looks like they won’t get the phones until later, similar to last year with the iPhone 5.