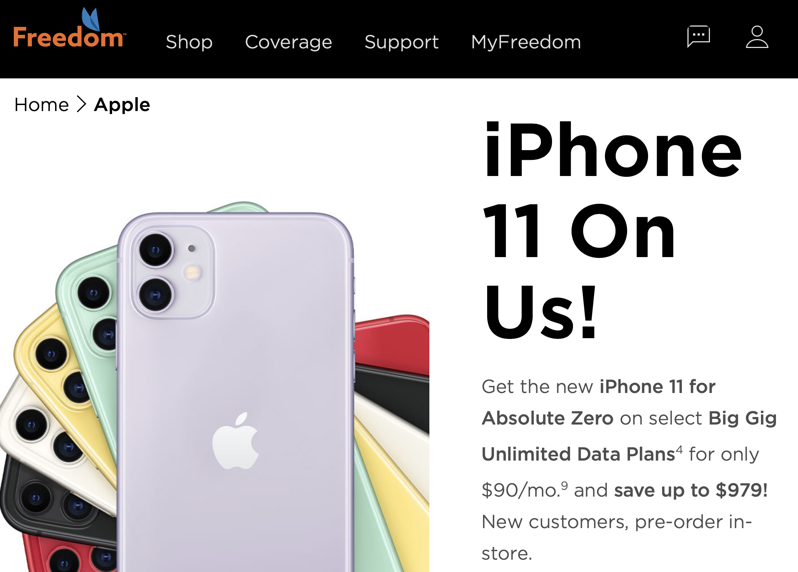 When it comes to iPhone 11, Freedom Mobile is offering the device for free as part of its Absolute Zero device line up, with a $90/25GB plan.

“Get the new iPhone 11 for Absolute Zero on select Big Gig Unlimited Data Plans4 for only $90/mo. and save up to $979! New customers, pre-order in-store,” explains Freedom Mobile’s website.

If you’re in an area with Freedom Mobile coverage, this might be worth jumping on if you’re looking to get an iPhone 11. Previously, Freedom Mobile offered Apple’s iPhone XR for free under its Absolute Zero promotion, with a required $75 per month plan.