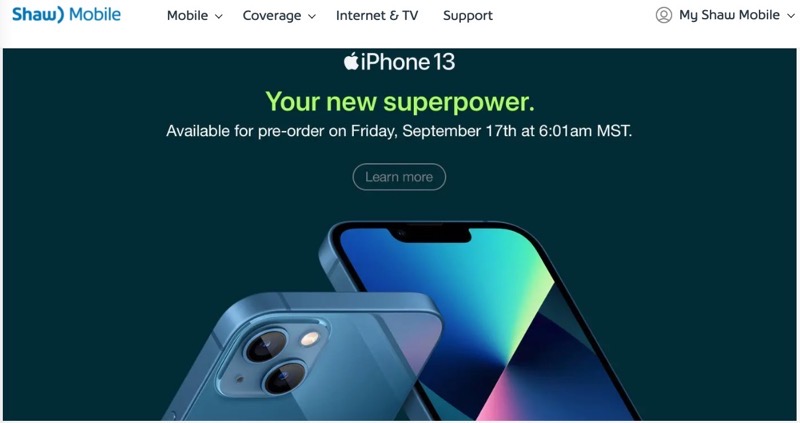 Both websites show landing pages for iPhone 13 and iPhone 13 Pro. According to Shaw Mobile, pre-orders will start September 17 at 6:01am MST (5:01am PST). 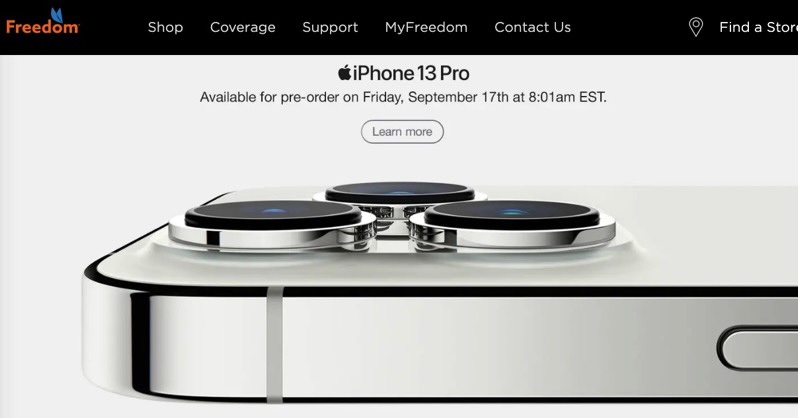 iPhone 13 and iPhone 13 Pro pricing is not available yet from Shaw Mobile and Freedom Mobile yet, but should be available on the day of pre-orders.

Given how Apple didn’t increase prices for iPhone 13, as they are the same as iPhone 12, expect 24-month contract pricing on financing to be relatively the same as before.

Apple.ca will launch iPhone 13 pre-orders on Friday, September 17 at 5am PST/8am EST. Get your wallet ready, folks.

Rogers on Thursday filed an official objection to the Competition Bureau's request to delay a tribunal hearing into the company's planned $26 billion CAD acquisition of Shaw Communications — reports Reuters. Back in May, the Competition Bureau petitioned the federal competition tribunal to block the Rogers-Shaw deal over concerns it would decrease competition in Canada's...
Nehal Malik
2 weeks ago