Bell Media announced “Project Latte” last week, their upcoming streaming TV service which is set to feature “the best content on television”, such as extensive offerings to HBO’s past and present library. 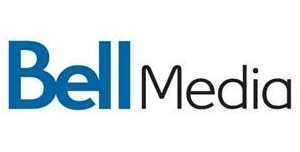 Yesterday, TELUS announced it had signed on with Bell Media in a distribution deal, bringing “Project Latte” to its customers.

Kevin Crull, President Bell Media, said in a statement it has lofty goals of “serving every TV subscriber in Canada with Project Latte,” which will be available on mobile apps, the web, game consoles, and smart TVs.

Since this requires a TV subscription, it’ll be interesting how many people will be able to use it. More details will be released as to what other content “Project Latte” will entail. Stay tuned!

[caption id="attachment_382081" align="aligncenter" width="1000"] Image: Bell[/caption] As Hurricane Fiona makes landfall in Atlantic Canada, telecommunications services are more instrumental than ever in ensuring that Canadians can stay connected with their loved ones and emergency services. To that end, Industry Minister François-Philippe Champagne is organizing telecom operators in the impacted areas to "ensure their services are...
Nehal Malik
20 hours ago