Okay, maybe not the best iPhone giveaway but today marks the official retail launch of the latest BlackBerry Z10 and you’re going to get a chance to win one from iPhoneinCanada.ca, thanks to our friends @TELUS. We think the iPhone of course blows the BlackBerry Z10 out of the water (we’ve been testing one since this morning), but we’re going to let you have the final say.

The Best iPhone Giveaway Ever: a TELUS BlackBerry Z10

The following prize pack is up for grabs from TELUS: 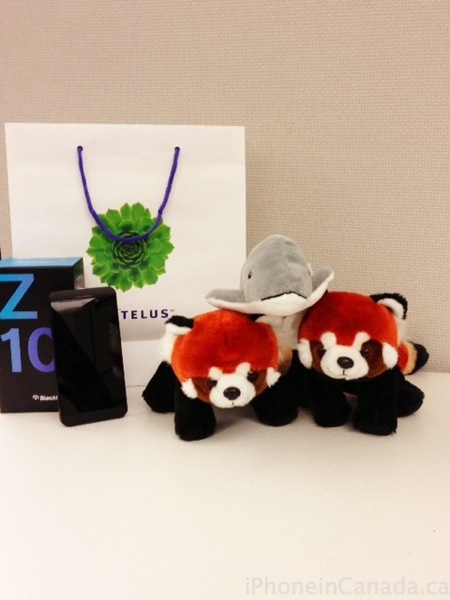 How to Enter the ‘Best’ iPhone Giveaway Ever

If you want to get the most of your BlackBerry Z10 smartphone, consider visiting one of over 200 TELUS Learning Centres aimed to help you with one-on-one assistance for anything related to your devices.

What do you think about the BlackBerry Z10? Tell us in the comments below!

Thanks to everyone who entered. We will have some more exciting contests coming up so stay tuned.

OpenMedia is calling on Innovation, Science, and Industry (ISED) Minister François-Philippe Champagne to take immediate steps to halt the rapid decline of Internet competition in Canada, with the non-profit saying "Internet choice and affordability in Canada approaches breaking point." Even though the federal government announced a new telecommunications policy direction for the CRTC in May, competition...
Usman Qureshi
17 hours ago