Koodo users should take a look at the company’s new Canada-wide voice and data plans as they have been revamped. All plans have unlimited evenings and weekends starting at 5PM, unlimited SMS/MMS, Canada-wide calling, call display and voicemail. 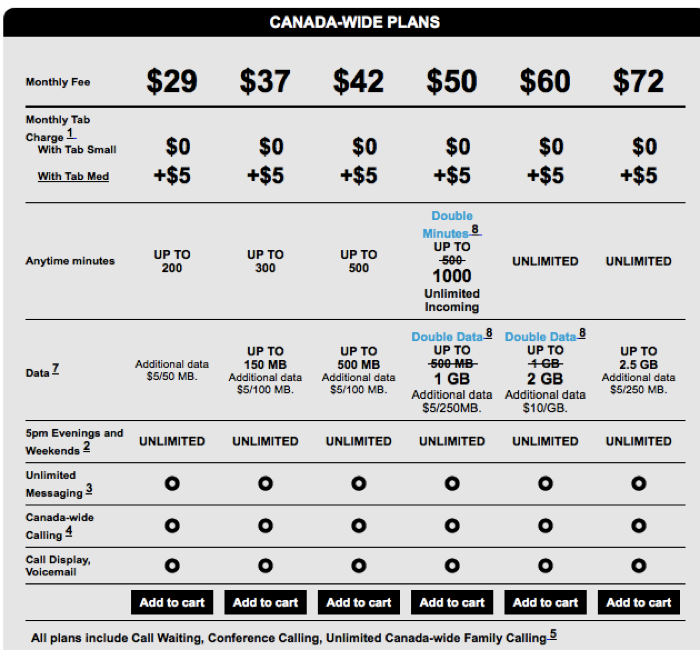 Essentially the $50 and $60 plans match Fido’s recent promos on its $49 and $59 Smart Plans. Do note Virgin Mobile right now has the same offers available on their $55 and $65 Gold Plans. If you’re on any of the old plans, call in and get your bonus data and minutes.