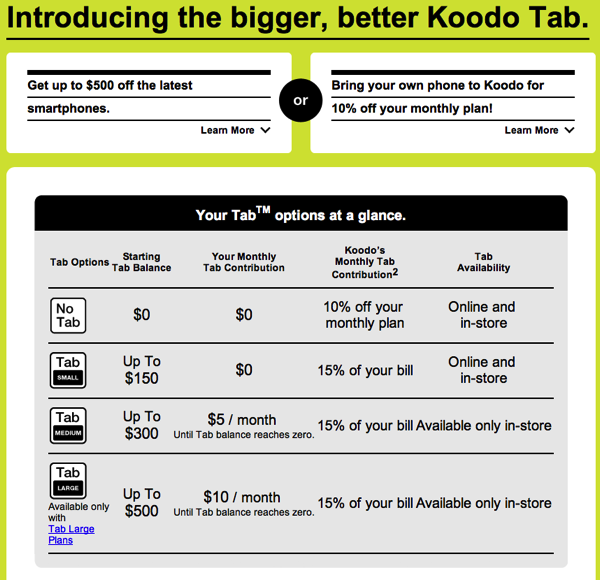 What is a Tab? According to Koodo:

Instead of a fixed-term contract, Koodo Mobile lets you run a tab towards the price of a new mobile phone. If you’re eligible, it’s a flexible way to get a phone without paying the full retail price, and without an annoying contract. It’s also a way to earn a brand new phone down the road.

Essentially you will be paying off your phone with monthly contributions towards your monthly bill until the device balance reaches zero, which the company now says will occur in no later than 24 months. A detailed FAQ is available here for those interested. Earlier this morning, Koodo finally launched Visual Voicemail for the iPhone.

Darren Entwistle, President and CEO of Telus, wants Ottawa to relax foreign-ownership rules for large telecommunications companies — reports The Globe and Mail. Entwistle has asked the same of the federal government in the past, but he is now renewing his argument as the Canadian telecom scene goes through a new wave of consolidation with...
Nehal Malik
21 hours ago