This morning TELUS updated its iPhone 5 page to discount two-year contract prices by $50. The new prices are as follows: 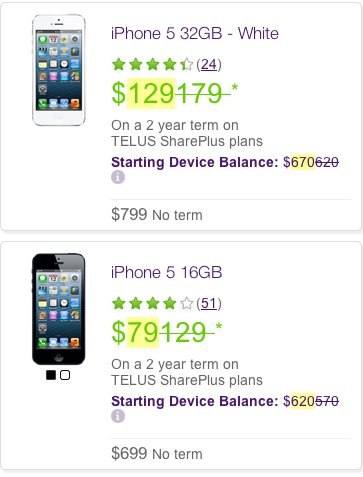 Back in September, it was reported Telus was set to discontinue black 32GB and 64GB iPhone 5 models. If you’re looking to get an iPhone 5, this might be the time to do so.

Darren Entwistle, President and CEO of Telus, wants Ottawa to relax foreign-ownership rules for large telecommunications companies — reports The Globe and Mail. Entwistle has asked the same of the federal government in the past, but he is now renewing his argument as the Canadian telecom scene goes through a new wave of consolidation with...
Nehal Malik
19 hours ago