Today is March 1st, the deadline for cable and satellite companies to offer $25 ‘skinny’ TV packages as mandated by the CRTC. While we have seen packages released earlier from Shaw, Rogers and Bell, we now have an idea of what TELUS offers.

First and foremost, TELUS makes it very difficult to navigate to the $25 per month ‘skinny’ TV package. After navigating to the Optik TV webpage, you need to click on ‘Combos’, then ‘Basic Combos’, then click on ‘Lite’.

From here, you can’t even see the $25 basic TV price. The $20 Lite price shown first is the bundle price. You need to click the ‘TV only’ tab (which is greyed out) beside ‘In a bundle’ to reveal the $25 per month price: 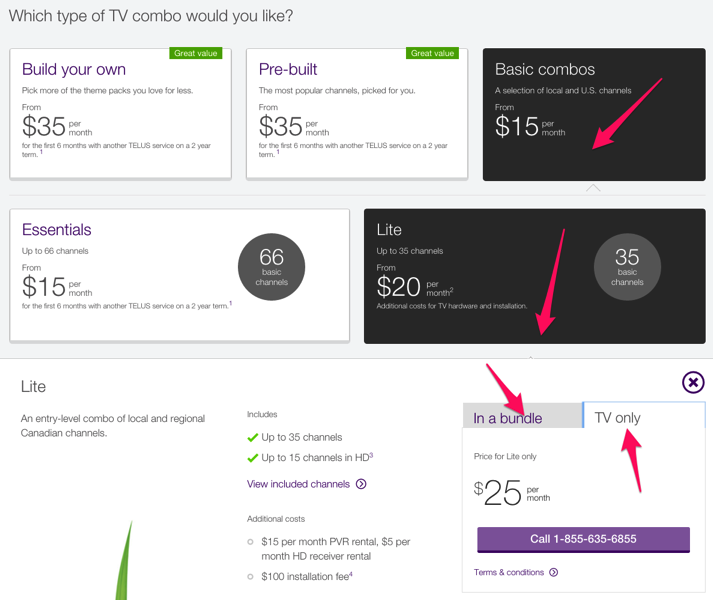 As for the channels included, TELUS has decided to exclude basic U.S. network staples such ABC, NBC and CBS, as these cost $7 extra in a bundle. On the other hand, Shaw, Rogers and Bell all offer U.S. networks in their $25 basic TV packages. 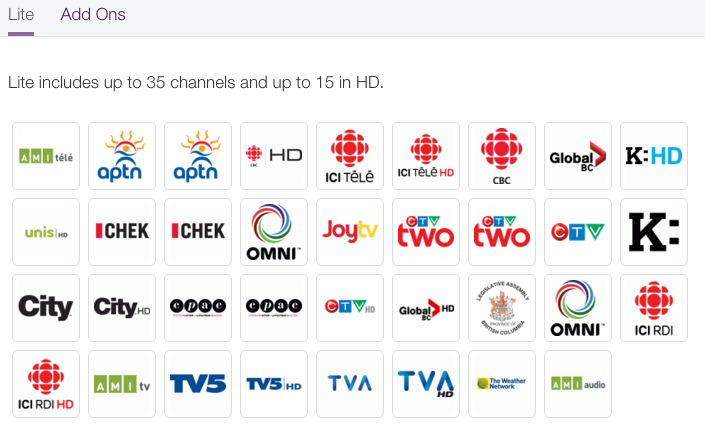 If you want ABC, CBC News, CBS, Fox, NBC, KCTS9 and others, they’re available for $7 per month as seen below: 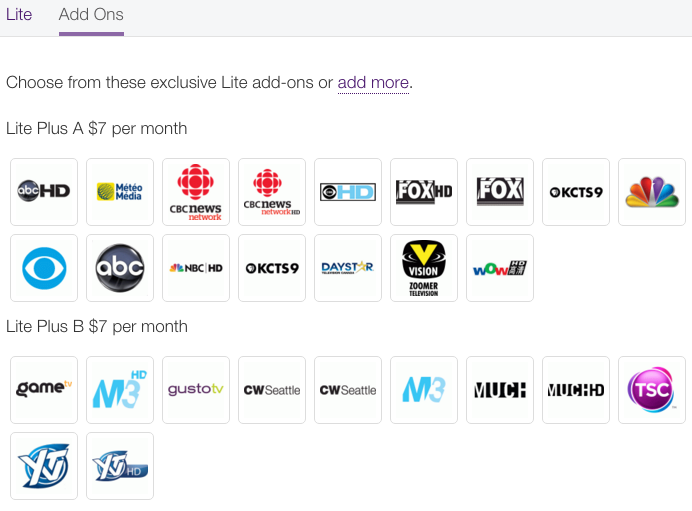 There are additional costs if you want to go the ‘skinny’ $25 route with TELUS:

Telus spokesman Shawn Hall told the Vancouver Sun “What we already offer is a lot like the CRTC’s skinny plan,” adding “Our overall approach has been this way from the start,” highlighting the company’s existing 25 theme packs and 144 pick-and-pay channels for customers.

David Christopher, spokesman for Openmedia, was not surprised cable companies are not pushing their new $25 ‘skinny’ TV packages, saying “None of these big telecom companies ever wanted to move toward this new, more flexible system. They all went into this kicking and screaming.”

Christopher went on to note “For years consumers have been wondering, ‘Why am I spending $60 a month for 140 channels when I only watch a half dozen of them’, adding “The CRTC does seem to have listened.”

On December 1, 2016, cable companies will be required to offer all channels via pick-and-pay, which is when Canadians will finally get some real choice, explained Christopher.

Jean Pierre Blais, Chairman and CEO, CRTC, said in a statement this morning:

“Today marks the beginning of a new era of choice for Canadian television viewers. The television system is evolving as Canadians’ viewing habits change and technology provides more options. During the Let’s Talk TV conversation, Canadians told us that they wanted the freedom to choose services according to their needs, their realities and their budgets. Canadians can now make television choices on their terms.”

Are you going to be jumping on any $25 ‘skinny’ TV packages?