TELUS has announced today the launch of its 4G LTE network in Swift Current, Saskatchewan.

“We’re pleased our customers in Swift Current are now among the more than 27 million Canadians who can enjoy access to the world’s fastest wireless technology from TELUS,” said Brent Johnston, vice-president, TELUS Mobility Solutions. “We continue to invest in expanding and improving our network service, community by community across Saskatchewan.”

The company has updated its 4G LTE coverage map, showing the areas with LTE below in green: 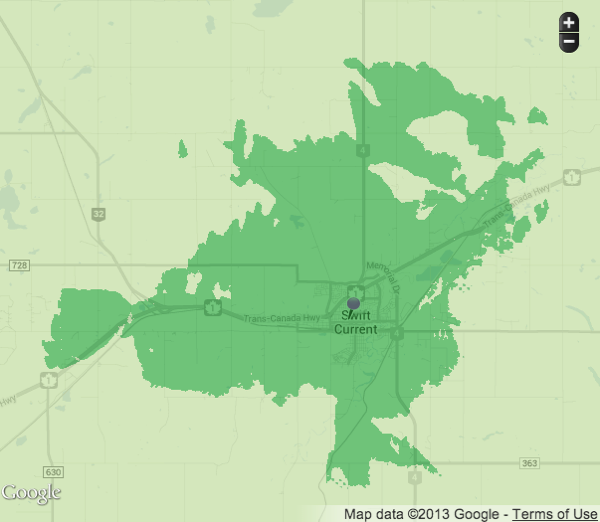 It was only a matter of time for TELUS to launch its LTE network here, as almost two weeks ago SaskTel, which has a LTE network-sharing agreement with TELUS, turned on LTE in the city. Let us know how those LTE speeds are!