The Q1-Q2 2018 Speedtest Awards by Ookla for Canada have been published, and Telus has again won the award for fastest mobile network speed, for the second year in a row. 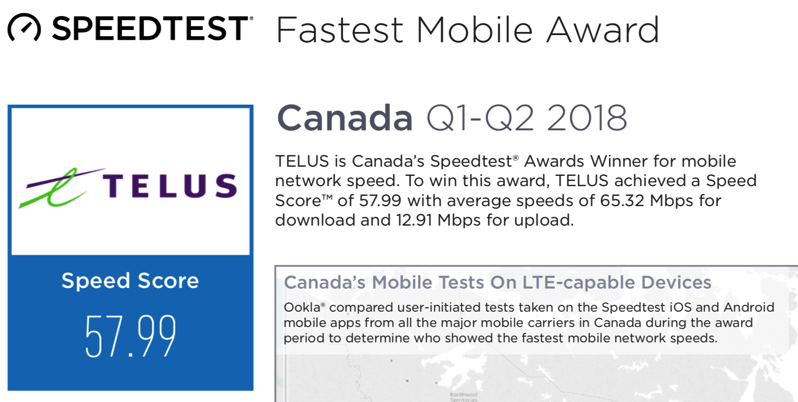 Here are how the company’s rivals fared in download speed tests:

In the Division Network Speeds test, Telus topped its rivals when it came to Speed Score, along with download and upload speeds.

According to Ookla, they “compared user-initiated tests taken on the Speedtest iOS and Android mobile apps from all the major mobile carriers in Canada during the award period to determine who showed the fastest mobile network speeds.”

A Telus spokesperson told iPhone in Canada in a statement, “Today’s report continues to highlight the strength of TELUS’ network,” emphasizing recent accolades of topping out the 2018 J.D. Power Network Quality Performance Study, and 2018 OpenSignal Report for ranking as the fastest overall download speeds for the second year in a row.