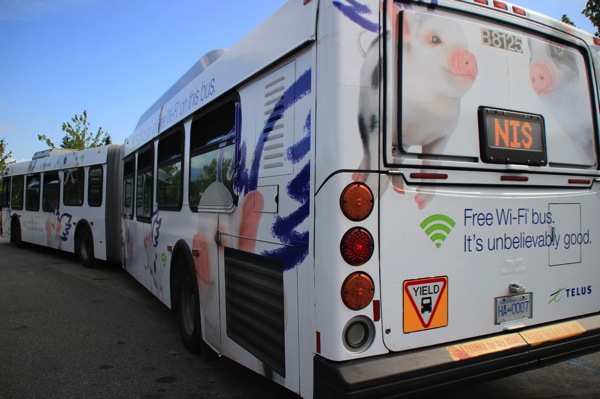 The company has now shared more details of their idea and how it has resulted in exposure for the company. The idea to implement the idea took 10 months of talks with Translink to make it happen.

In just one week of having the free Wi-Fi service live, TELUS says it got mentioned 35 times in the media, plus resulted in 3.1 million Twitter impressions and 335 direct mentions of ‘TELUS Wi-Fi’ on Twitter.

Check out their video below (the best part of the video happens at 1:39):

Have you been using the TELUS Wi-Fi buses? How’s the connection been so far?