The first TELUS iPhone 6 pre-orders have started to ship, as customers have received tracking numbers via Canada Post, as shown in the following screenshots by iPhoneinCanada.ca reader Nicolas: 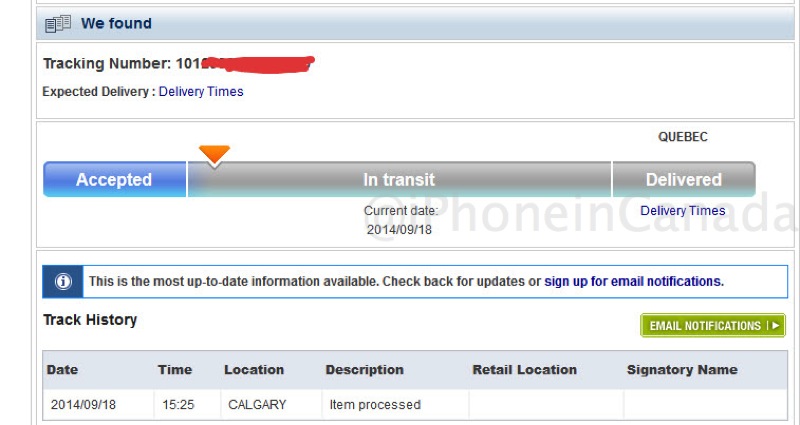 Also, Telus stores have received stock in preparation for tomorrow’s launch. Below is a fuzzy image of the new white-looking boxes: 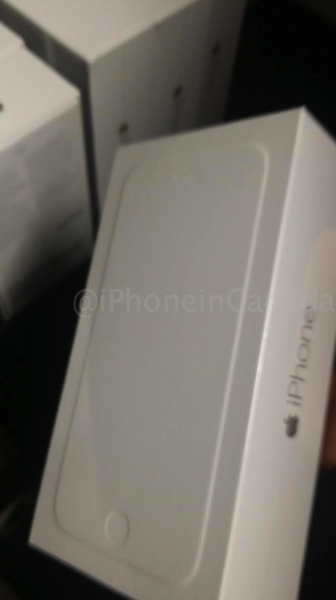 As for other carriers? We’ve been told some Rogers units have shipped and Bell as well.

As for other reservations, Future Shop has been calling some folks that their device of choice is not available. But for the inconvenience, they are offering customers $50 store gift cards.

Has your Telus iPhone 6 pre-order shipped yet? Most reservations made are expected to be fulfilled tomorrow, the official launch of the iPhone 6. Many of you are already waiting in line outside Apple Stores as we speak.