Telus has launched iPhone X pre-orders, which took place at the same time as Apple’s. The Telus website clearly funnels customers from the ‘pre-order’ button and gets them to configure their iPhone X.

An iPhone X contract with Telus starts at $600 for the 64GB model, with a minimum $95 per month plan. 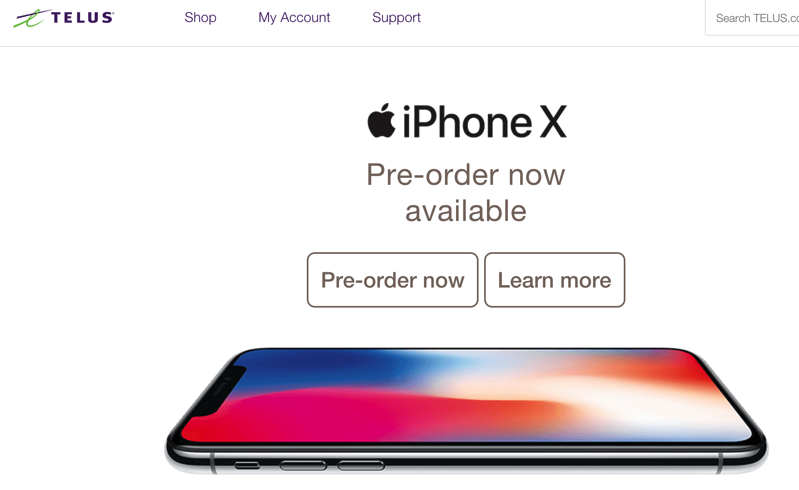 Feedback from Telus customers has so far been very positive.

Pre-ordered smoothly from TELUS. Best their site has ever been for an iPhone launch.

Telus says “your order will ship on Nov 2. It will arrive 1-5 days after it’s been shipped. To track your order, please use the order tracking tool in the confirmation email sent after your purchase.”

Let us know how your Telus iPhone X pre-order went in the comments below.