Telus is increasing the price of the $60/10GB holiday BYOD promo plan from 2017, with a jump of $10 extra per month starting in March and April.

The increase follows moves by Rogers/Fido and Bell/Virgin, which increased the price of the 2017 holiday plan by $5 per month.

However, the Telus increase is double that at $10, while its flanker brand Koodo will remain at $60/10GB for now.

We previously heard about Telus retentions offering upset $60/10GB customers a $70/15GB plan, but now we are hearing more options are available.

According to iPhone in Canada reader Joel on the $60/10GB promo plan, he says a phone call to Telus retentions resulted in three options:

“I chose to switch to Koodo, and it didn’t cost me a penny to switch,” writes Joel.

He further added, “all I had to do was go to a Telus store. They called in and spoke to the migration team which then called the Koodo store I was dealing with and they guided them through the transition. No one at either Telus or Koodo had ever heard of this happening before.”

If you’re not ready to see your $60/10GB BYOD promo plan increase in price, you may want to check with Telus retentions and see if you’re eligible for more options beyond the $70/15GB plan offering we’ve heard about so far.

Update Feb. 17: Below is a screenshot shared of the migration offer and instructions: 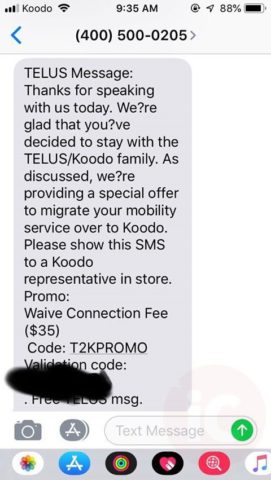 Here’s a screenshot of Joel’s migration to Koodo: 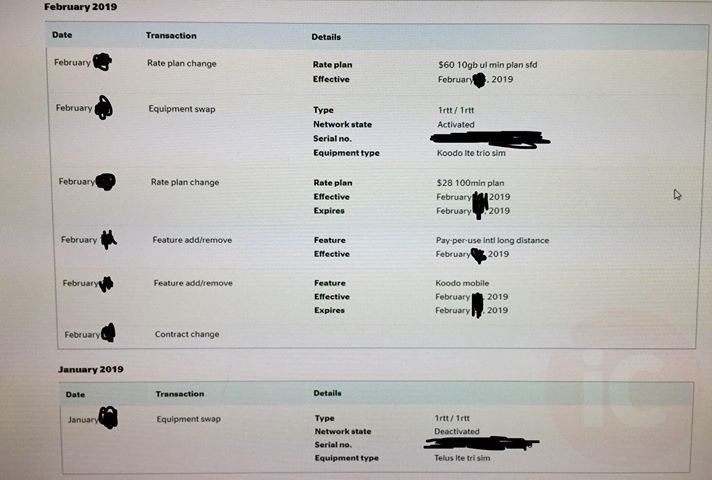 Looks like this offer was a total YMMV (your mileage may vary) and if you got it, then consider yourself lucky.