I’m not sure exactly how useful this is yet, but Telus has seen fit to begin posting a schedule of operating system (OS) updates for some of the devices they carry.

The schedule lists the current status of various OS updates including if it’s in testing, upcoming, or released. The supported devices include Android, Windows Phone, iPhone and BlackBerry.

I find it amusing that at this time the iOS update status has nothing scheduled, which is probably only going to change before major upcoming iOS releases. The smaller .x.x iOS releases will most likely never be posted as they are normally only rumors until Apple decides to randomly post them.

Check it out and let me know if you find this valuable or not. 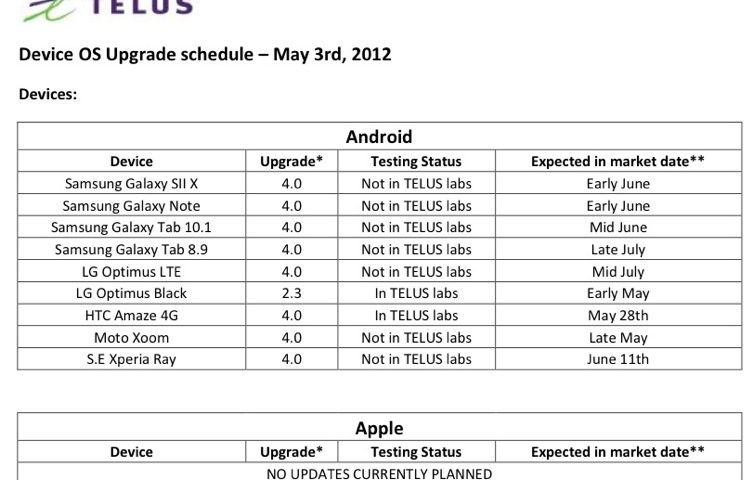