Well we all expected this was coming, right? Telus has announced to employees it will be matching the Rogers/Fido $60 BYOD plan with 10GB data, starting Saturday, December 16, 2017.

According to an internal memo shared to RFD, it reads “Telus will be matching this offer as of tomorrow, Dec. 16.” 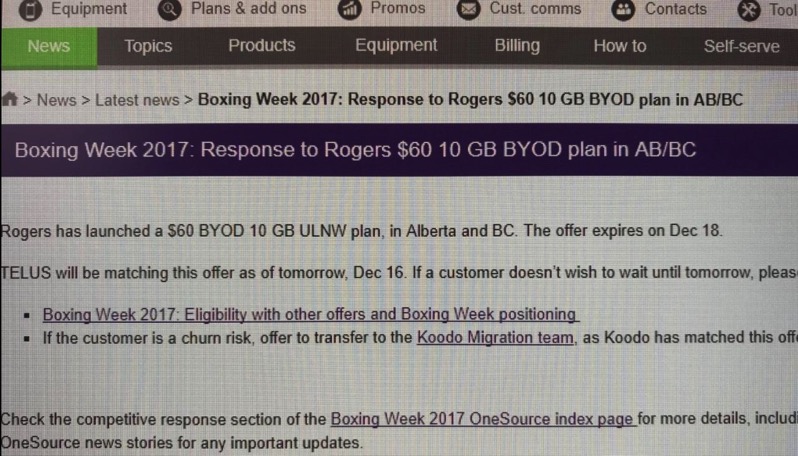 Today, Telus’ flanker brand Koodo and Bell launched similar $60/10GB BYOD promos to match Rogers and Fido. The difference? The 10GB data with Koodo is permanent, unlike Rogers/Fido/Bell/Virgin which expires after 24 months. Koodo has also extended the promo to Ontario, unlike its rivals.

The plans offer unlimited Canada-wide calling and text, only available in BC and Alberta, as out west is where Shaw’s Freedom Mobile and its new LTE network appears to be waking up incumbents, especially now that the latter sells the iPhone.

Let us know if you plan to be switching to any of these BYOD $60/10GB plans.

Update Dec. 16: Plan is also available in Ontario and data is permanent.

Two earthquakes in Turkey and Syria have occurred in a span of 12 hours, causing devastation in both nations, and now Telus and Koodo say they are now helping with relief efforts. Telus and Koodo said immediately, they are waiving all roaming charges for calls, text and data overages for customers currently in Turkey and Syria. […]
Gary Ng
8 hours ago