Telus launched a promo $75/15GB BYOD plan, in response to Rogers Infinite plans, which start at $75 for 10GB of data with no overages, as extra data is available throttled at 256 kbps, marketed as “unlimited data plans.”

Rogers also offers $95/20GB and $125/50GB Infinite plans and now Telus this morning has introduced another promo plan to target the $95 plan.

The Telus website shows the promo but it’s not exactly visible on the main page. You need to go to the menu and head over to Shop > Shop Deals to see the promo details: 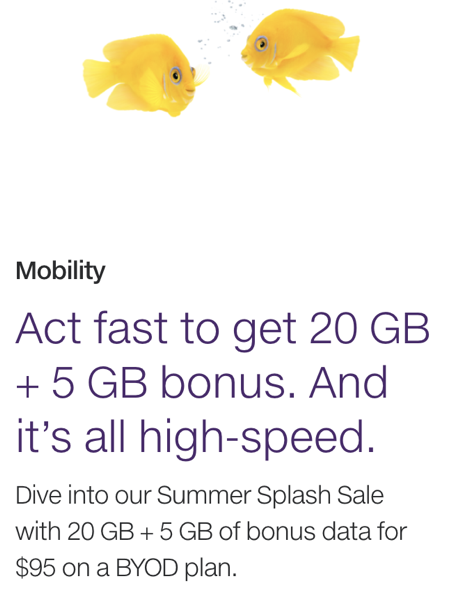 With Telus, it’s a $95 plan with 20GB, plus a 5GB bonus available for 24 months, for a total of 25GB. Data is not shareable with Telus or Bell on their promo plans, unlike Rogers Infinite plans.

Bell is offering the exact same plans as Rogers Infinite as part of their own promotion, so this move by Telus aims to offer different plans versus its competitors. Any extra data used by Telus customers on these promo plans are billed at the regular rate of $10/100MB, or $100/1GB.