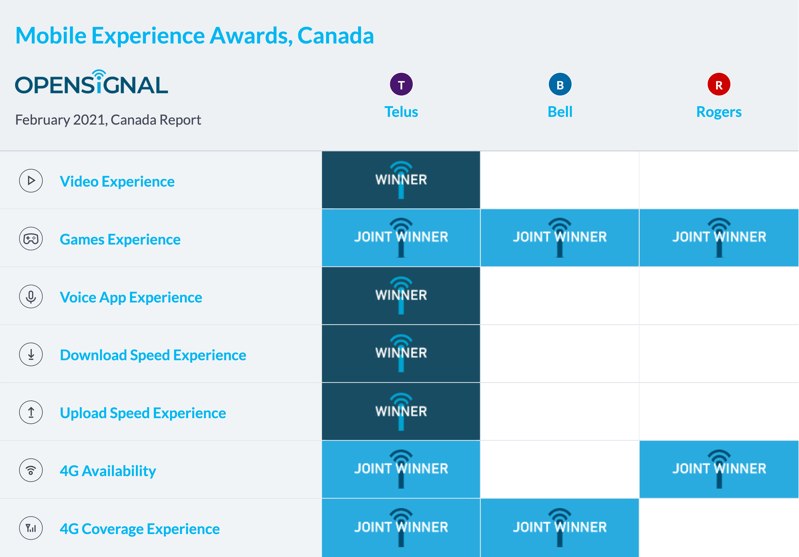 According to UK-based OpenSignal’s Mobile Network Experience Report for February 2021, Telus took the sole first place price in four of six tests, while tied for three with rivals Rogers and Bell.

According to OpenSignal, it says Telus “remains the operator to beat in Canada.”

As for tests from Seattle-based Ookla, Telus was crowned the 2020 Fastest Mobile Network and Best Mobile Coverage Speedtest Awards in Canada for Q3-Q4 2020.

“TELUS was the fastest mobile operator among top providers in Canada in Q4 2020 with a Speed Score of 87.88 on modern chipsets,” explained Ookla.

“As Canadians rely more than ever on our world-leading network technology to work, learn, be entertained and stay connected to what matters most, this recognition from UK-based Opensignal and Seattle-based Ookla, reinforces the value of our significant capital investments in broadband wireless and fibre technologies,” said Darren Entwistle, President and CEO, TELUS, in an emailed statement to iPhone in Canada.

Telus has won the Best Mobile Coverage for the fourth consecutive time from Ookla, the company points out.