Last April, TELUS and CIBC joined forces to offer a new Visa Rewards card, which offered customers of the telecom the redeem points for products and services.

The page was still accepting applications back in August, but at some point since then, CIBC ended new applications. 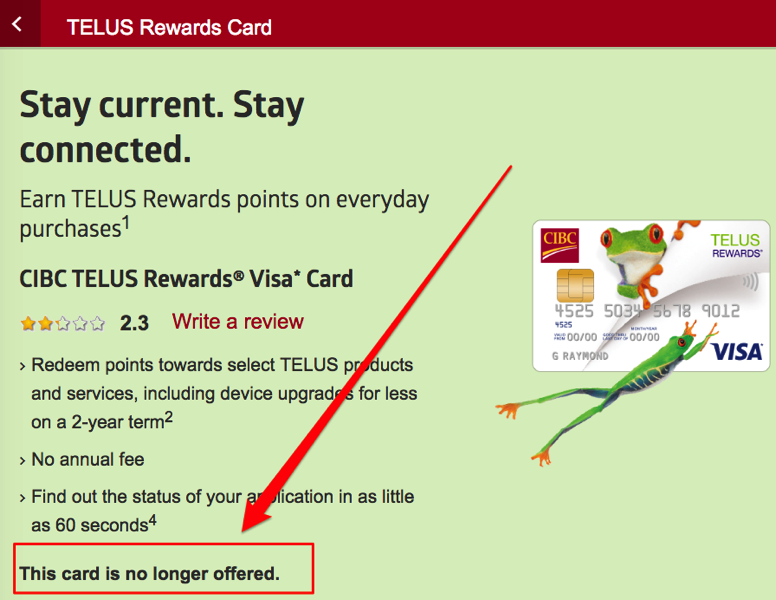 The card offered 1-1.5 points per dollar spent, depending on purchases. Essentially, 500 TELUS points garnered would be the equivalent of $5.

Anyone using this card right now?

[caption id="attachment_382081" align="aligncenter" width="1000"] Image: Bell[/caption] As Hurricane Fiona makes landfall in Atlantic Canada, telecommunications services are more instrumental than ever in ensuring that Canadians can stay connected with their loved ones and emergency services. To that end, Industry Minister François-Philippe Champagne is organizing telecom operators in the impacted areas to "ensure their services are...
Nehal Malik
5 hours ago