TELUS SharePlus plans are set to increase by $5 per month for the unlimited nationwide talk and text portions, starting on January 20. 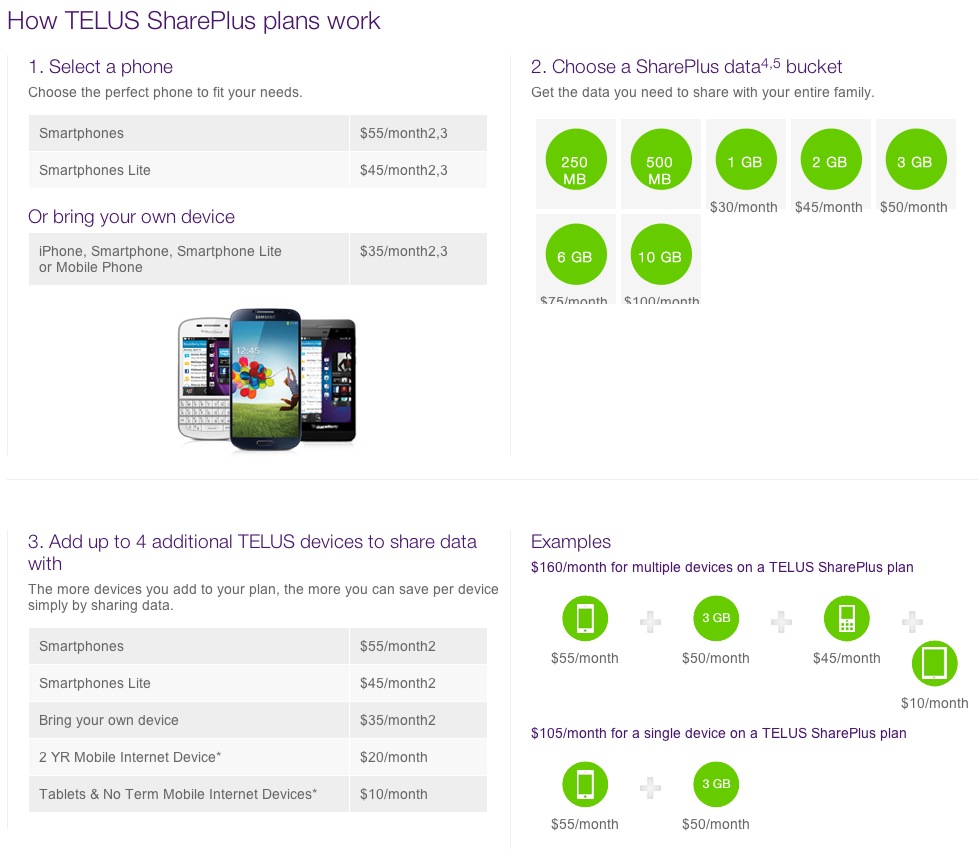 According to an internal doc, MobileSyrup reports the details note “as a promotional offer until February 28th, 2014, new and renewing customers offers will remain at the same price point as today. Customers will receive double data on the 1GB and 3GB tiers as well as a $5 discount to their SharePlus talk and text rate.”

TELUS launched their two-year SharePlus plans back on July 30, which offers customers to choose a voice plan and data plan which allows shareable data to other devices. The move to two-year plans was in part a response to the CRTC Wireless Code of Conduct.

When it comes to wireless pricing in Canada, the Big 3 like to do the tango in unison, so one would expect similar pricing to come from Rogers and Bell.

Just a couple days ago Fido modified their price plans, which saw price adjustments and also a decrease of data and minutes for Smart Plans.