TELUS has made changes to their Your Choice data plans to three middle to high-level tiers, to basically make them ‘competitive’ with recent changes from Rogers and Bell.

Note the 2GB for $30 plan is available still until October 14, and from that date it looks to ‘disappear’: 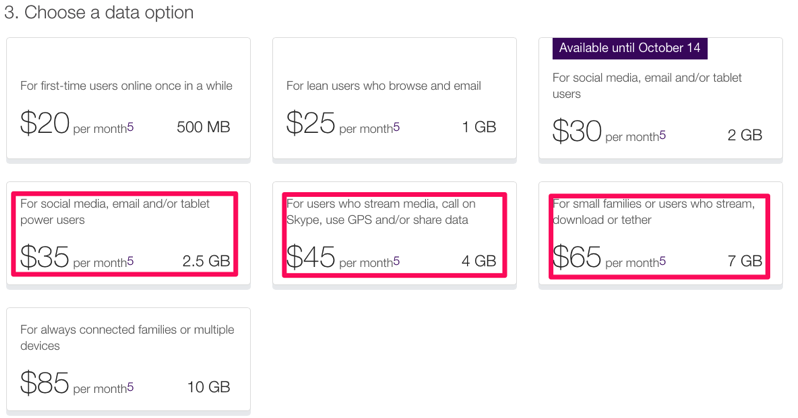 Earlier this month Rogers debuted new Share Everything+ plans, which also had new price plans for data buckets. Bell followed shortly after to make similar changes, and now we are seeing moves from TELUS.

For those with the legacy 6GB/$30 data plan, you’re probably smiling after seeing where prices have moved to.

While the extra data for the same price is great, at the end of the day, data still is deemed expensive in Canada compared to other countries. But hey, we’re all Internet addicts so we’ll continue to pay for data, no matter what, right?

Telus-owned prepaid brand, Public Mobile, has extended its Black Friday 2022 deal that offered a $35/20GB plan for Cyber Monday. When new customers activate online and use promo code 20OFFMONTHLY, they can get the company’s $55 plan with 20GB with a $20/month credit for 15 months, taking the plan down to $35/20GB with 4G speeds, […]
IIC Deals
8 hours ago

The flanker brands of the ‘Big 3’, Fido, Koodo and Virgin Plus have announced Cyber Monday deals for 2022. These are an extension of Black Friday deals, particularly the current free iPhone 11 with $45/50GB promotion. Koodo is offering up the iPhone 11 for $0/month on a 24 month Tab, to go with the $45/50GB […]
IIC Deals
12 hours ago