Rogers has launched new Share Everything+ plans this morning that offer revised data buckets plus new perks of either a free subscription to Spotify Premium, shomi or Next Issue for those on the new 2.5GB plan or higher ($70+).

Share Everything+ plans allow up to 9 devices per line, starting at $35 for a smartphone/basic phone on BYOD, or $10/month for tablets/sticks/hotspots and $10/month for wireless home phone.

Below are the new Share Everything+ plans with unlimited Canada-wide talk (unlimited local calling is $5 less/month) on their Premium Tab (subtract $20 for BYOD pricing) two year contract (i.e. iPhone subsidy):

Note the 30GB option is no longer available, as is the 6GB plan. As for data overages, they will be charged at $5 per 100MB increments–or $50 per gigabyte (!).
As always, the fine prints says your first invoice will have a  “Connection Fee” of $20. 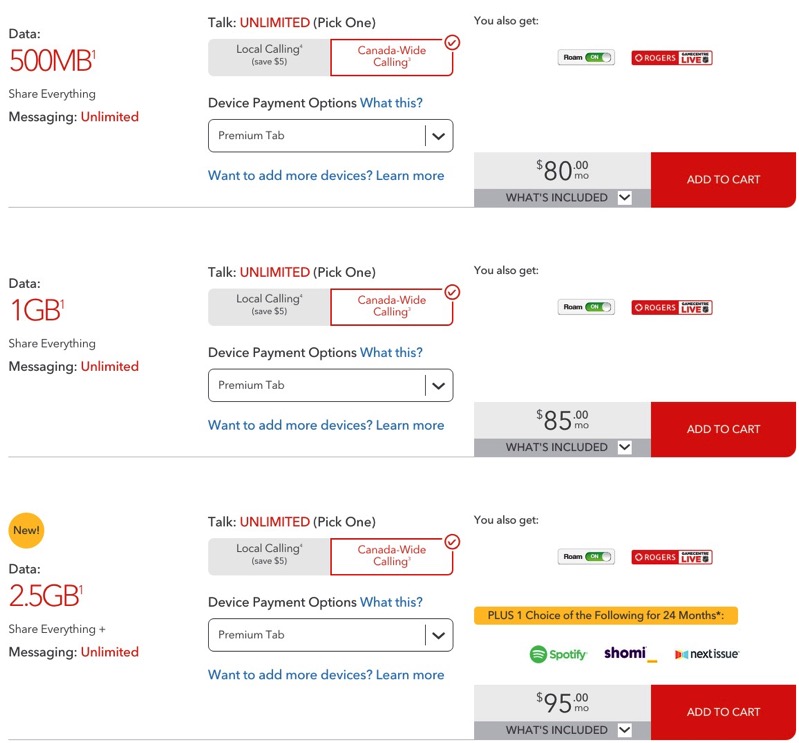 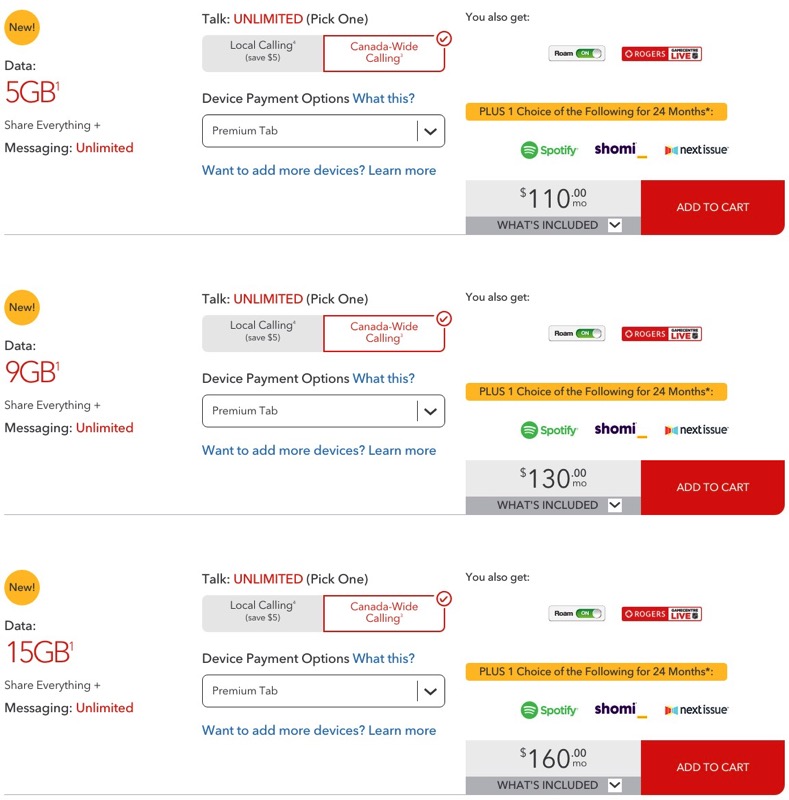 Rogers said in an email they “redesigned our data buckets with the family in mind so there is less worry while streaming on the go.”

Anyone going to be jumping on these new plans?