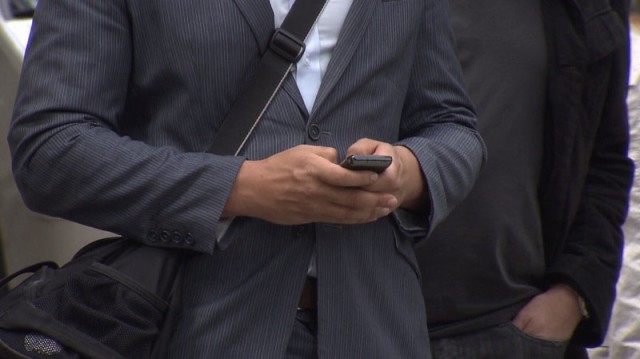 Yesterday U.S. carriers turned on their cellphone databases for stolen cellphones, something Canada will yet to have anytime soon:

“The goal is to not only protect the consumer by cancelling the service, but by ultimately protecting the consumer by drying up the after market for stolen phones,” said Chris Guttman-McCabe, vice president of regulatory affairs at CTIA, a wireless industry trade association that has coordinated efforts to introduce the database.

As of Wednesday, carriers AT&T and T-Mobile will offer a joint database, said Guttman-McCabe. The two carriers use the same basic network technology so handsets from one can be easily used on the other. Verizon and Sprint, which use a different network technology, will offer their own databases, he said.

The database consists of IMEI numbers, unique to all cellphones and smartphones that will be blocked from activation. By next November, all four major U.S. carriers will combine their databases, with other smaller wireless carriers joining as well. Future plans include coordinating with the GSM Association to target stolen phones shipped overseas.

In Canada, carriers have teamed up with manufacturers under the group known as the Canadian Wireless Telecommunications Association (CWTA). Opposition to creating a central database in Canada was cited to the cost, which the latter says would cost millions to maintain, but critics are quick to note the industry pulls in annual revenues of $18 billion.

Also, CWTA members such as Rogers, TELUS and Bell note such a database would compromise detailed statistics of lost and stolen devices, which they claim are proprietary, competitive and confidential in nature. The CRTC in response to this noted they would go as far as imposing regulatory options to force carriers to create a database.

In Vancouver, a recent report noted ‘Apple-picking’ had increased in the city by almost 50% in the past two years. Apple devices and other smartphones are valuable to thieves who are quick to sell them online.

Should Canada get their own cellphone database like the U.S.?