Quebec regional wireless carrier, Videotron, has launched a $75 per month BYOD plan with 17GB of data, in what appears to be their foray into current wireless pricing wars.

The Videotron website is advertising a 17GB Premium+ Mobile Plan on BYOD, for $75 per month. The plan includes unlimited calling and texting in Canada, is eligible for the Daily Traveller Pass option, and includes Stingray Music and Club illico and a $5/month multiservice discount. 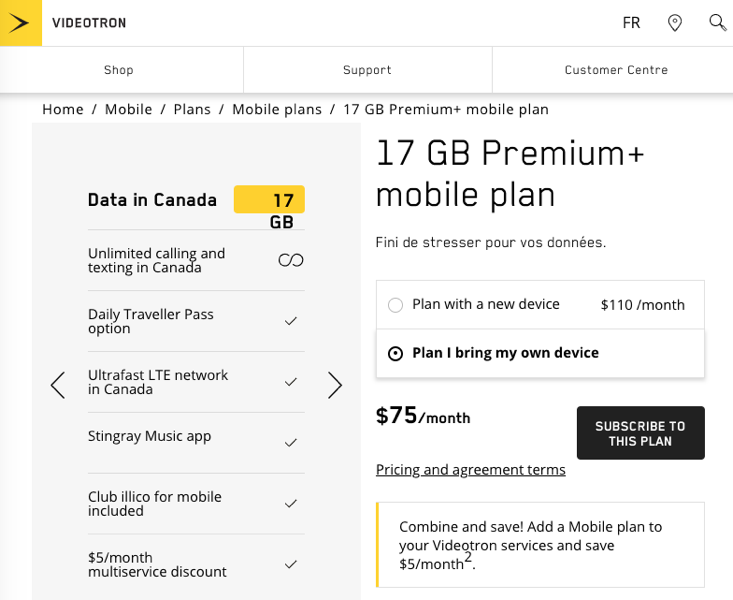 Darren Entwistle, President and CEO of Telus, wants Ottawa to relax foreign-ownership rules for large telecommunications companies — reports The Globe and Mail. Entwistle has asked the same of the federal government in the past, but he is now renewing his argument as the Canadian telecom scene goes through a new wave of consolidation with...
Nehal Malik
7 hours ago