What is the Impact of 5G on Canada’s Urban-Rural Divide? 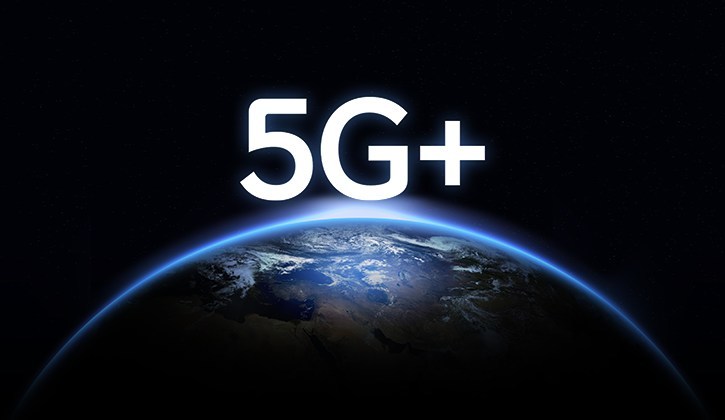 Opensignal, an independent analytics company that specializes in “quantifying the mobile-experience,” recently set out to answer that question in a detailed analysis. The company ultimately found that the 5G rollout in Canada has markedly reduced the country’s urban-rural connectivity gap.

Between July and September, Opensignal sampled both 4G and 5G download speeds across carriers in both urban and rural parts of Canada. It then compared the results with data from the U.S., Australia, Brazil, and Germany. 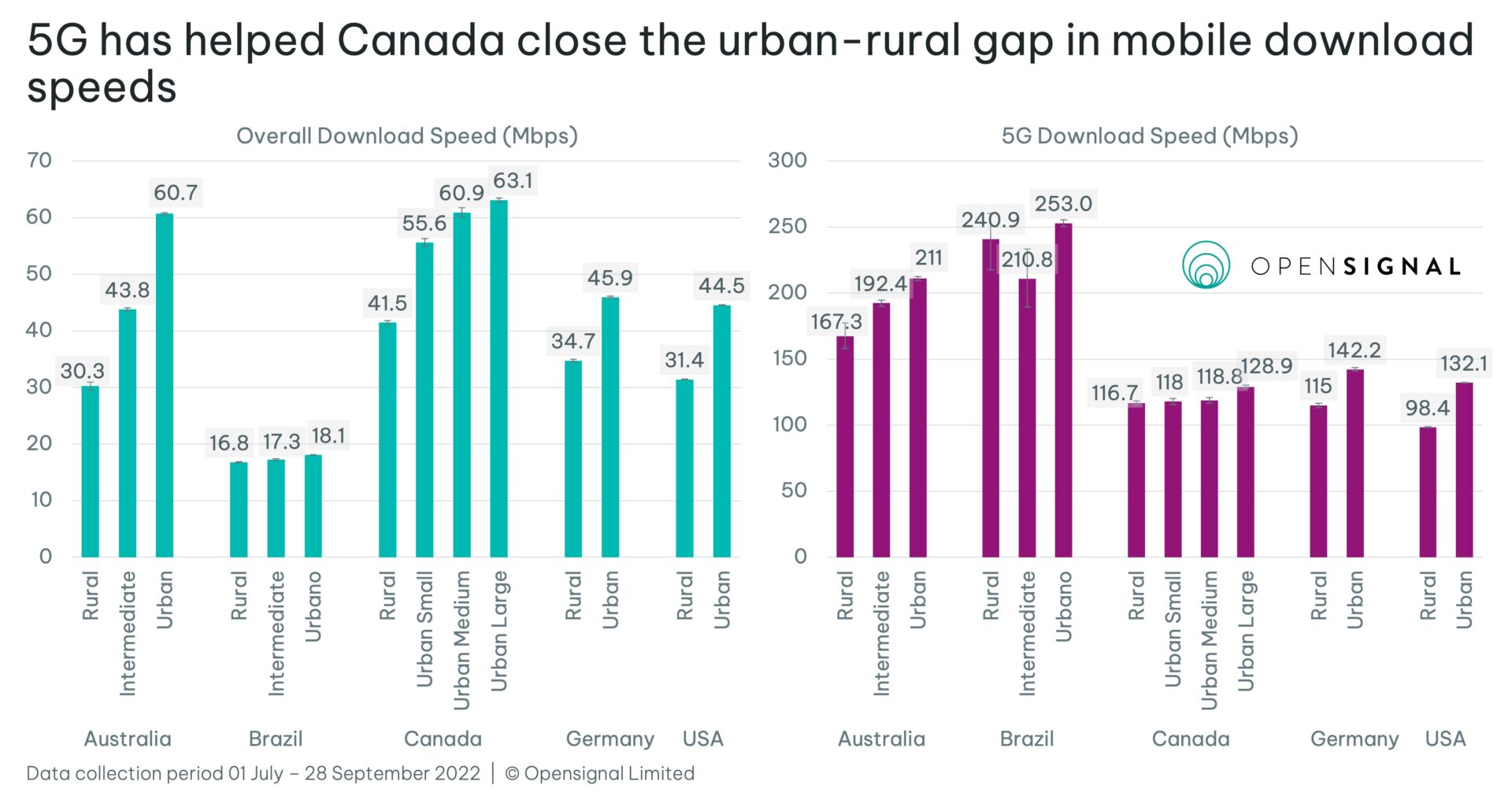 However, download speeds on Canadian 5G networks told a completely different story. Users in rural Canada experienced average download speeds of 116.7 Mbps on 5G — just 12.2 Mbps (9.5%) slower than those enjoyed by their counterparts in large urban population centers of Canada.

“The urban-rural divide in Canada is impressively narrow when we compare 5G speeds,” Opensignal noted. “In fact, we saw no statistically significant difference between the 5G download speeds experienced in rural Canada and its small and medium urban population centers.”

This gap in mobile download speeds between urban and rural areas is higher than the difference in Brazil (7.8%) and Germany (32.3%) but is lower than that in Australia (100.5%) and the U.S. (41.7%). However, the overall download speed experienced by Canadian rural users is much faster than the speed in all four other markets analyzed — 16.2-27% faster than users in rural parts of Australia, Germany and the U.S., and 2.5 times as fast as rural Brazil.

Earlier this year, Opensignal also conducted a detailed test of Canada’s 5G networks, concluding that Bell and Telus were the fastest.

While a narrowing rural-urban connectivity divide is certainly good news, Canada’s cellular and internet woes are far from over. Earlier today, we reported that Albertans are calling upon the CRTC to improve cellphone service in the province. Some residents have been experiencing dropped calls and delayed texts for around six months.

The state of Canada’s wireless space remains a sorry sight, especially given the fact that Canada has some of the highest wireless prices in the world.

You can check out OpenSingal’s full report for more information.

The evidentiary portion of the Competition Bureau's federal Competition Tribunal hearing against Rogers and Shaw over their proposed $26 billion merger came to a close on Thursday, following 18 days of testimony, parades of witnesses, and strenuous cross-examination (via The Globe and Mail). Oral arguments from the two sides are scheduled for December 13 and...
Nehal Malik
10 hours ago