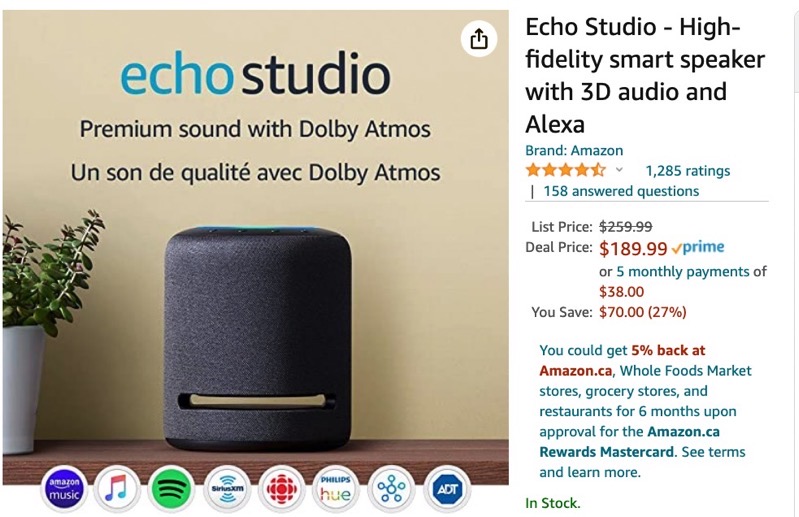 The Echo Studio has five speakers and supports Dolby Atmos for 3D audio and high fidelity sound, as it also automatically adjusts its acoustics based on your environment. The Echo Studio can be used with a Fire TV Cube 2nd Gen or Fire TV Stick 4K as an immersive home theatre experience.

In our review of the Echo Studio from 2019, we were left impressed by its immersive sound and bass, compared to Apple’s HomePod and the Sonos One.

Aside from the Echo Studio on sale, Amazon has also slashed its Fire tablets, Echo speakers, Echo Show speakers with displays, eero routers and extenders and Echo Auto.

Click here to see all the Amazon devices on sale right now, ahead of Father’s Day coming up in two weeks’ time.