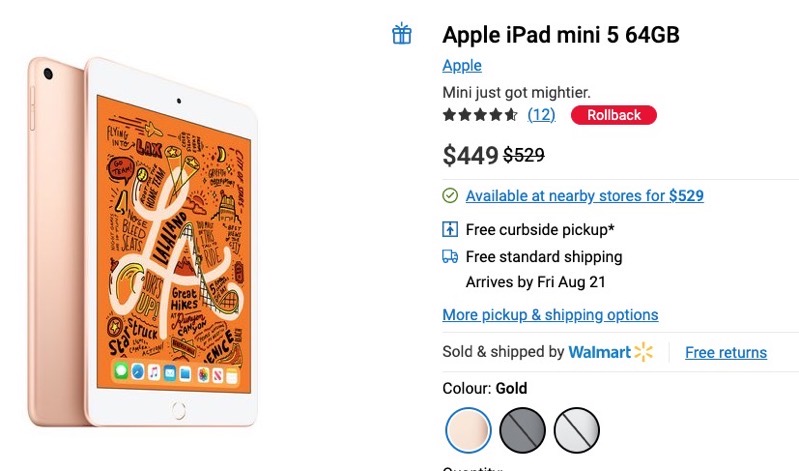 Apple’s iPad mini 5 is on sale right now at Walmart, offering you savings of $80 off at $449 for the Wi-Fi model with 64GB of storage. Walmart says the iPad mini is available for curbside pickup at select stores and also will arrive with standard shipping by August 21.

As of writing, only Gold is available as part of the rollback price drop, available online.

Apple.ca sells the iPad mini 5 for $529, so $80 in savings means a discount of 15% off. The iPad mini 5 with its 7.9-inch Retina display is powered by the company’s A12 Bionic and its most recent update added support for Apple Pencil.

With Apple rumoured to debut new iPad refreshes in September, it’s not uncommon to expect sales on existing models ahead of new releases.

Costco Canada notified members today of their Black Friday savings available both online and in-store, offering a variety of deals on tech and more. Check out some of the savings available from Costco.ca below… Apple  Save on Select Macbook Air M1 – $150 OFF AirPods Pro (2nd gen) – $297 AirPods 2 – $149 Apple Watch […]
IIC Deals
11 hours ago