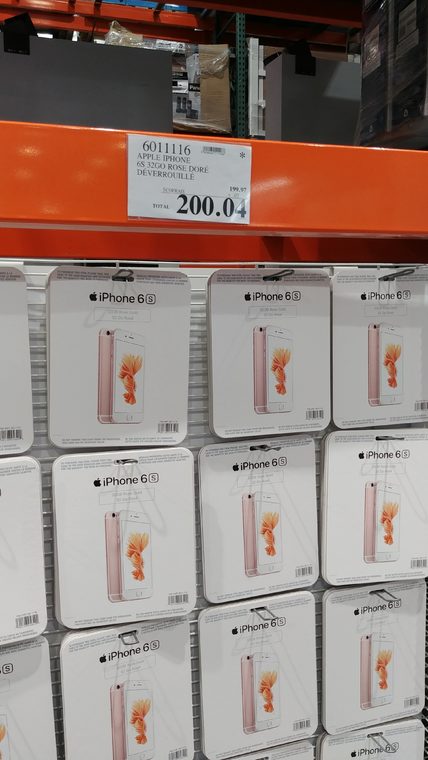 If you’re in the need for a basic phone and it needs to be an iPhone, check out your local Costco warehouse, as Apple’s 32GB iPhone 6s is now down to $199.97.

Back in December 2018, Costco Canada started selling Apple’s iPhones online for the first time, with the iPhone SE available from $299.99.

Last July, Costco online started selling the iPhone 6s starting at $399.99 for the 32GB version and now it’s on clearance for $199.97 at select warehouses.

According to RFD, Costco locations in Montreal, Quebec, specifically Vaudreuil and Pointe-Claire, are showing the 32GB iPhone 6s is available for $199.97 (any Costco item ending in .97 means it’s clearance). This price is also available in Brossard.

Costco locations in St. Albert, Sherwood Park and Clareview in the Edmonton area also have a few left in stock. Other locations such as the Peterborough, Richmond Hill, Etobicoke, London South, and Newmarket stores in Ontario also have stock.

The iPhone 6s still supports iOS 13 and at $200 for this phone, it’ll be great starter phone for your kid or someone who needs a starter smartphone. Heck, at this price it’s cheaper than an iPod touch which is about $250 at other retailers.

You may want to call your local Costco warehouse to find out if they have stock. Just ask if item number 6011116 is in stock or not.