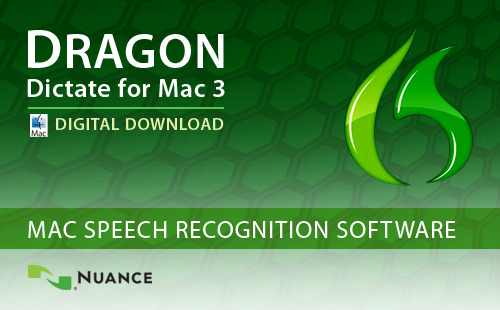 If you spend a lot of time typing on the computer it might be time to consider speech recognition software. The latest offer from our Deals Store is Nuance’s Dragon Dictate 3 for Mac, which is currently on sale for 50% off at $99 (regular price on the Nuance website: $199), saving you a cool hundred dollars.

You may be familiar with Nuance–the company recently confirmed publicly their technology powers Siri, Apple’s voice assistant on iOS devices. By using Dragon Dictate, you can say words and they’ll appear on your screen, essentially three times faster than typing:

With Dragon Dictate you can use your voice to create and edit text or interact with your favorite Mac applications. You can even use a digital voice recorder and Dragon will transcribe your dictation when you are back at your Mac.

With the digital version you’ll be able to use your Mac’s built-in mic or an external mic to help you deliver demands to your Mac.

Dragon Dictate 3 requires OS X Lion or Mountain Lion. This version will support English in Canada and the USA only.

Click here to jump on Nuance’s Dragon Dictate for Mac 3 while it’s still on sale!

If you’re looking for a Valentine’s Day gift idea, nothing screams “I love you” and “Casanova” like a home network upgrade to a Wi-Fi mesh system. Amazon Canada’s latest Valentine’s Day Deals have slashed their Eero wireless routers by up to 20% off. Check out the sales available right now for these eero wireless routers […]
IIC Deals
10 hours ago