It’s easy to look at Google’s Pixel 4a as one of the leading affordable smartphones on the market. Google offers all the essentials while dropping some of the glitz and glamour to maintain an attractive price point for consumers looking for an upgrade.

In many ways, the Pixel 4a is a back to basics device. Though, that comes with the notion that Google is raising the bar on what should be considered “basic”. Google and other leading companies are continually trying to reshape the landscape of what a smartphone should and can be.

The Pixel 4a is a stark reminder that you don’t necessarily have to empty the wallet to get a device capable of delivering some excellent contemporary features. Unfortunately, that comes with the inevitable loss of other hallmarks, some that are widely considered mainstays in current smartphones on the market. The features most important to the user will dictate where the Pixel 4a stacks up against its predecessors and competitors.

The Pixel 4a comes in a small and compact package. I was pleased to see and hold the condensed body of the device. The Pixel 4a features a 5.8-inch OLED screen that showcases its brightness and vibrancy of colours right from the get-go. While many phones offer different coloured models, Google kept it simple by releasing the Pixel 4a in only one colour, Black. 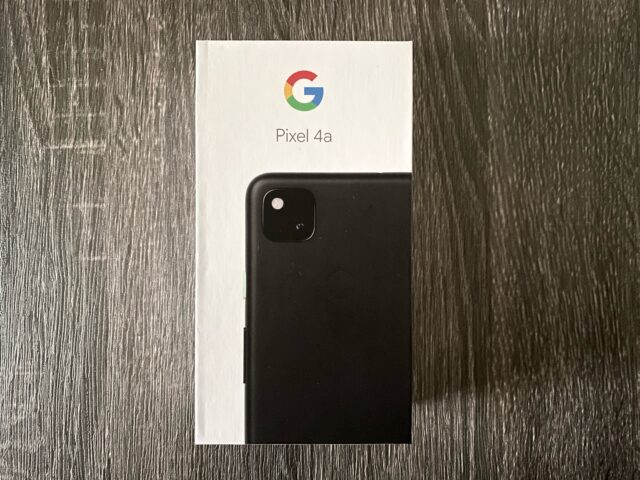 Along with the phone, the box houses a USB-C charging cable and an 18W USB-C power supply. The Pixel 4a does come with a 35mm headphone jack, however, wired headphones are not included in the box (seemingly to cut down on additional costs). Of course, you also have a Nano-SIM card slot. Additionally, the phone supports eSIM.

The Pixel 4a is exceedingly light. It weighs in at 143g. This is even lighter than the Pixel 4, which weighs 162g. The overall dimensions of the unit total 5.7″ height x 2.7″ width x 0.3″ depth. The OLED screen spans across each edge of the display, ridding it of any bezels. The phone does not feature facial ID, so the fingerprint scanner on the rear of the device is still included. The scanner is incredibly responsive and quick to unlock the phone.

In terms of processing power, the Pixel 4a features Qualcomm Snapdragon 730G plus 2.2 GHz + 1.8 GHz, 64-bit Octa-Core. Unfortunately, the phone was not built to support 5G. Though, Google has announced the Pixel 4a 5G. There is also 128GB of storage available and 6 GB of RAM featured in the device. You may want to decide if 128GB will be enough as the Pixel 4a does not feature a memory card slot. So, the 128GB will have to suffice as there are no options for expandable storage on the device.

Google is really positioning the Pixel 4a as an affordable device able to take great photos. And for the most part, Google is spot on. The Pixel 4a takes a “less is more” approach to a degree. On the front, the phone sports an 8 MP f/2.0 camera with a hole-punch design in the top left corner. On the rear, a single 12.2MP f/1.7 camera is nestled in a slightly raised square box. While more smartphones are expanding the offering of lenses, the Pixel 4a’s camera offering is more barebones. 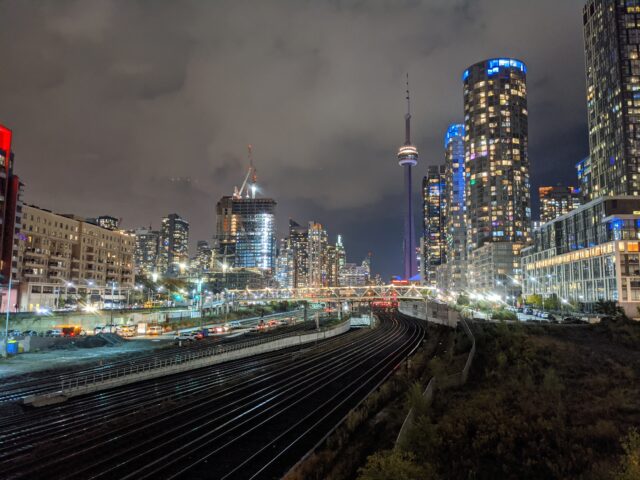 That’s not to say that the rear camera isn’t capable of taking fantastic photos. The Pixel 4a really shines when snapping landscape shots in both daylight and at night. The Night Sight feature introduced in the Pixel 4 returns. Night Sight enables users to take photos in low light environments without the need of using a flash. Theoretically, the feature should allow users to even capture high-quality images of the night sky and star formations. Unfortunately, being in a light-polluted city, the stars were drowned out.

The Pixel 4a also incorporates Live HDR+ to enrich image quality and the colours of each photo and video. Portrait Mode with the bokeh effect is present and has a slider to adjust the intensity. Alternatively, the Portrait Blur feature can let you add a bokeh effect to older pictures that weren’t taken in Portrait Mode. Those little touches can really help improve image quality, especially on close up shots of people or objects. 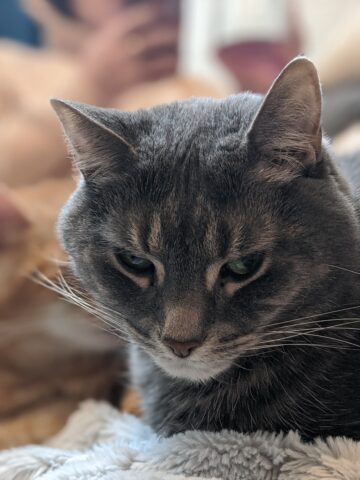 While the camera only has one lens, The Super Res Zoom feature introduced in Pixel 3 is supported. Google Lens features are also accessible straight from the Camera app. Simply aim the phone at a document or sign with foreign text to translate. Alternatively, it can be used to scan PDFs and QR codes.

Social Share is also present. This became a really handy tool as it would allow me to share any photos I took to three social media or messaging apps like Twitter or Instagram. The benefits and simplicity of this feature made it an everyday use for me.

Features and Use of the Phone

The Pixel 4a supports Google’s usual suspects in quality of life features. Cornerstones to Google such as Gesture Navigation are present and work quite elegantly when navigating the phone. Google Assistant is once again an especially useful tool, especially for hands-free use. 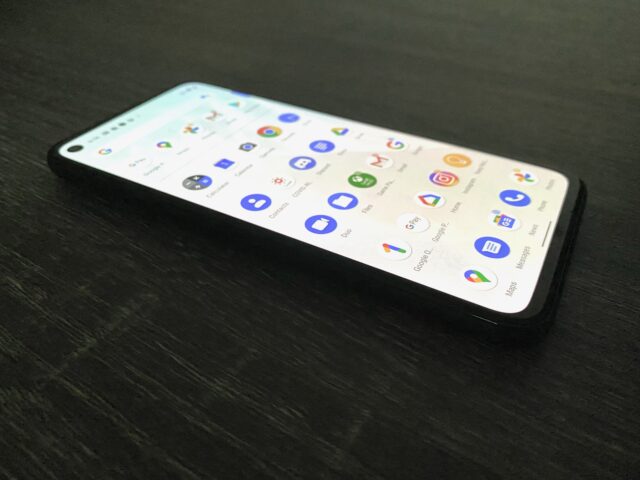 Google Assistant has also come in handy when using Google’s Recorder app. While it may not be a ticket selling feature, having hands-free assistance in starting an audio recording by saying: “Hey Google, start recording.” is a nice benefit. Adding to that, the Recorder app can also transcribe recorded audio such as interviews directly to Google Docs.

It did take a few days to get used to the size of the phone. In all fairness, the Pixel 4a is quite a bit smaller than many smartphones on the market. That said, despite throwing everything from multitasking to streaming content and playing games, the phone never felt sluggish. Although Qualcomm Snapdragon 730G isn’t the beefiest chip, that doesn’t mean the phone isn’t able to deliver a smooth experience throughout the day.

The battery life of the Pixel 4a is fairly standard. It does sport an increased battery capacity of 3140 mAh over the 3,000 mAh the Pixel 3a has. It isn’t too much of an increase but it should definitely get you through the workday and then some. On average, the Pixel 4a’s battery would last roughly 20-22 hours before I felt the need to charge it. The included 18W USB-C power supply assisted in the fast-charge process. From a five percent battery life, it took just under 90 minutes to get the phone back to 100 percent. Note that the Pixel 4a does not support wireless charging.

One of the features lost that many users should be aware of is the waterproofing. The Pixel 4a is not water-resistant by any means and thus does not have an IP rating. This may not be a deal-breaker for some users. However, if you’ve grown to expect some form of water resistance in your smartphone, be wary when investing in the Pixel 4a.

When looking at the cost of the Pixel 4a, it’s understandable that the device isn’t the “full” package. Features one could expect would be included such as water resistance and wireless charging are dropped in order to make this smartphone a worthwhile purchase to those on a budget.

At $479 CAD (which includes a three-month trial of YouTube Premium, Google Play Pass and Google One if signing up for a recurring subscription), the Pixel 4a has enough power and appeal to appease anyone looking to get the best bang for their buck.

For those looking at a more premium experience, Google has recently announced the Pixel 5 this week.