As noted by 9to5Mac, Apple has released iOS 6.1 beta to developers just after releasing iOS 6.0.1 publicly. Do note the image below refers to the iPhone 5 as A1428 (GSM for Canada; AT&T in the USA) and A1429 (CDMA for Verizon and others): 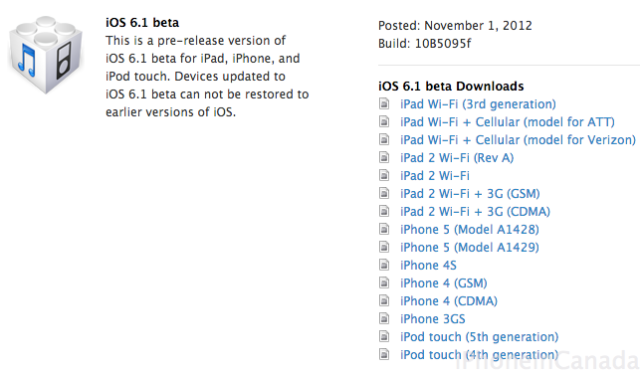 Release notes aren’t available yet so stay tuned for updates.