The latest beta of iOS 10 brings a new feature, as discovered by EverythingApplePro: it includes a handy tool that saves the user’s iPhone from irreversible water damage. 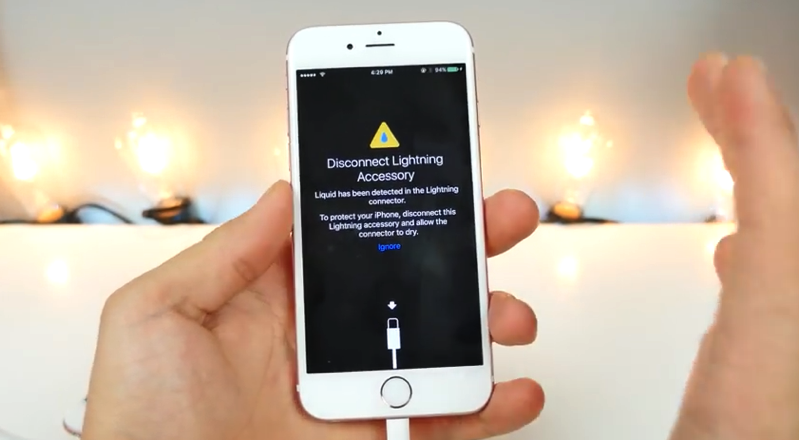 In a video posted on YouTube, EverythingApplePro is using an iPhone 6s running iOS 10 beta 3. As it detects moisture at the Lightning port, the software shows a warning message prompting the user to disconnect the connected Lightning accessory and let the connector dry.

At this point it seems that the prompt will only appear when the Lightning port is in use. Engadget, on the other hand, says liquid detection is available on the iPhone 6s and SE — at least according to the information they have so far.

At this time, it is unclear how moisture detection works, but EverythingApplePro speculates that the Lightning connector port has some sort of liquid sensor installed, and iOS 10 beta 3 activates it, which according to AppleInsider doesn’t make too much sense: including a major component in the handset and leave it unused it isn’t really the Apple way. It seems more likely that the new software detects moisture by measuring for electrical anomalies or connectivity errors, AppleInsider says.

Whatever it might be, it is a nice feature, which could save you “a few” bucks in repair costs.

Check out EverythingApplePro’s video below: