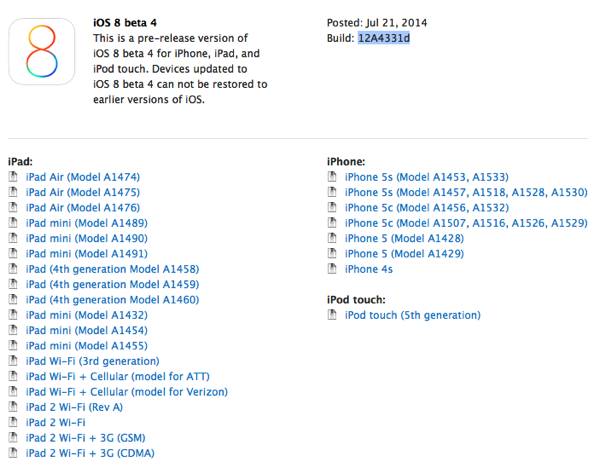 Apple has just released iOS 8 beta 4, build 12A4331d, to developers. It is now available for download as an over-the-air update or as a clean install from the Developer Center.

The release is in line with previous reports, which said the fourth beta would keep the release gap at two weeks.