After lengthy weeks of waiting for iOS 8 beta 6, Apple has finally announced its availability: Developers can download the golden master of iOS 8 on their test units starting today.

Up until today, Apple had released five beta versions of iOS 8. The last one was released more than a month ago, while there were rumours about Apple releasing the golden master to its carrier testing partners weeks ago.

Most recently, Apple has been allegedly making preparations to release the iOS 8.0.1 seed to its carrier testing partners.

Ahead of the Apple event, iOS 7 adoption was at 90% in North America, according to data shared by Chitika. 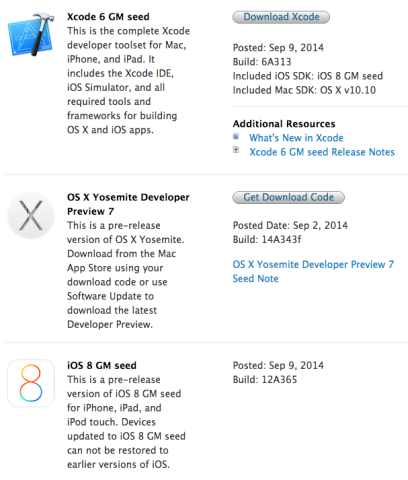 Apple had a huge day today, unveiling the iPhone 6 and iPhone 6 Plus alongside the Apple Watch and its foray into the mobile payments industry, Apple Pay.

While Phil Schiller didn’t mention it on stage, the golden master seed is already available to developers.