After some initial speculation, Apple officially announced it would offer a 128GB Retina iPad for its customers. The models are now available for order from Apple.ca and are priced at $799 for the Wi-Fi model and $929 for the Wi-Fi + Cellular model, respectively. 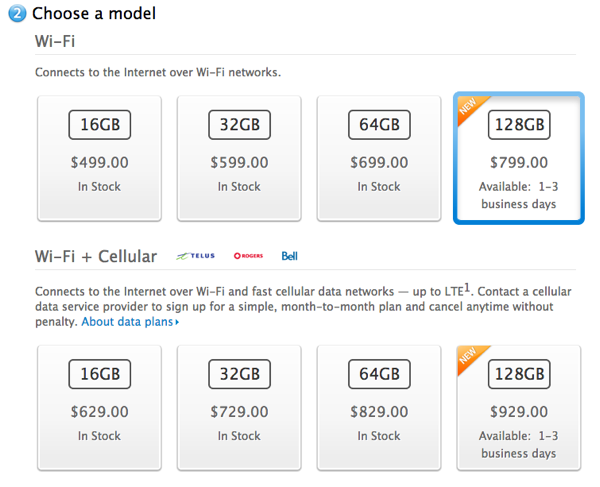 “With twice the storage capacity and an unparalleled selection of over 300,000 native iPad apps, enterprises, educators and artists have even more reasons to use iPad for all their business and personal needs.”

These new higher capacity iPads have been conveniently released just prior to the launch of the Microsoft Surface Pro this week, which earlier was revealed to have limited free space compared to its advertised capacities, due to Windows 8 occupying a majority of disk space. The 64GB Surface Pro will only have 23GB of usable storage.