With Apple’s October 16 special event just days away, leaked parts continue to surface which claim to be from the next generation iPad Air, expected to be announced on Thursday.

We previously saw an image of what appeared to be the iPad Air 2 motherboard showing the new A8X chip, but now Apple.club.tw has posted a larger image of the logic board, clearly showing the new processor and what is suspected to be an Elpida 2GB ram module above it: 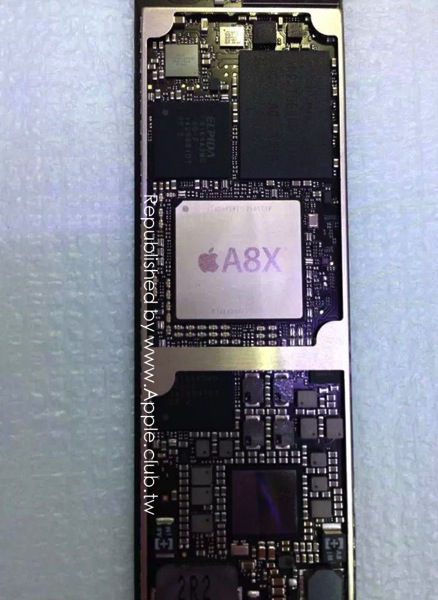 For reference, here is the logic board from last year’s iPad Air, as shown off by iFixit’s teardown: 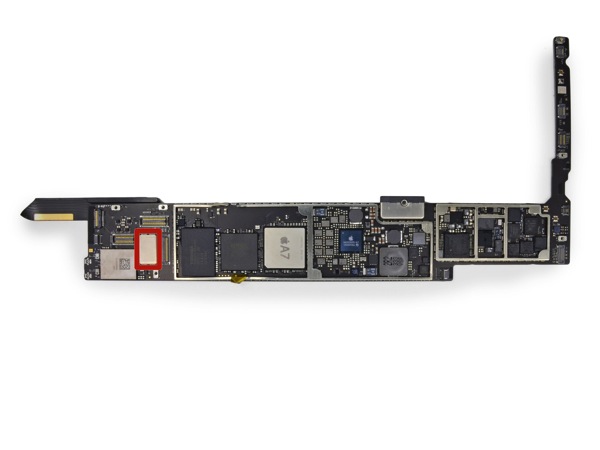 Previous rumours have pointed to the next iPad Air to have 2GB of RAM, while expectations are the tablet will also gain Touch ID to join Apple’s latest iPhones.

Last year’s iPad Air housed a slightly different version of the A7 processor, first announced with the iPhone 5s. This year, would Apple be expected to follow suit and just throw in the A8 processor found in new iPhone 6 models? That is unless this next-gen iPad is set to be even more powerful than before (iPad Pro?).

All of this speculation will be put to rest on October 16, as Apple will be live streaming the event again, like last year (just make sure your Chinese translator is on standby).