Reports claiming that the next-generation iPad would sport 2GB of RAM were apparently true, say the guys behind Geekbar, who back their claim with an image showing a 2GB Elpida RAM module from the alleged iPad Air 2. 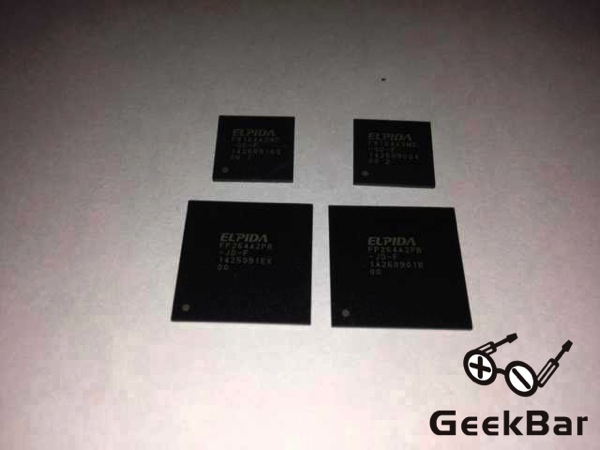 The iPad Air currently available on the market uses a 1GB Elpida DDR3 SDRAM module, but sources familiar with the matter revealed that Apple may double that amount. As we previously reported, the iPad has featured 1GB of RAM since the iPad 3.

This year, however, Apple has opted for 2GB of RAM, at least for the iPad Air 2 — it is rumoured — in order to (finally?) bring split-screen multitasking, a feature that would require more memory than focusing on just a single application does.

Considering that Apple is working hard at giving developers the ability to design apps that interact with each other — and here it would mean that they won’t be limited to camera roll only, for example — the split-screen multitasking sounds like a logical move, especially if it would allow the user to drag and drop files from one app to another.

Although it wouldn’t be a problem for Apple to enable the split-screen feature on both the iPad Air 2 and iPad Mini 3, some developers suggest that this could be a feature limited to the 9.7-inch tablet, just like the landscape mode (for better productivity) is limited to the 5.5-inch iPhone 6 Plus.

Apple is expected to unveil the new iPads on October 16 alongside new iMacs, possibly Apple TV, and the Mac mini.