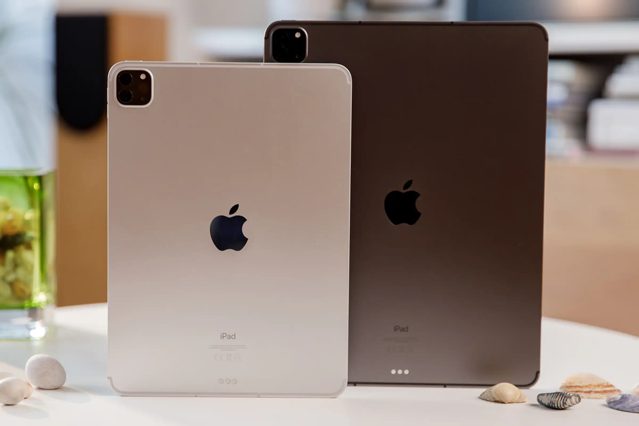 The company, which is one of the largest airlines in the U.S., has ditched conventional check-in kiosks with proprietary hardware and software at the Norman Y. Mineta International Airport for the iPad Pro from Apple. San Jose is being used as a test environment for new technologies before Alaska Airlines adopts them wholesale.

“What we’re doing in San Jose is really testing our lobby vision out and using it as a tech incubator to test various ideas,” said Charu Jain, Senior Vice President of merchandising and innovation at Alaska Airlines.

When asked what made the iPad Pro suitable for Alaska’s purposes, Scott Brodrick of Apple’s product marketing team described the iPad Pro to Fast Company as a “powerful, magical sheet of glass that can transform into any tool you need it to be.”

The iPad Pro has become a lot more powerful since receiving an upgrade to Apple’s M1 chip last year, and check-in stations equipped with the device are likely to offer a sense of familiarity to patrons.

Apple’s products have already gained favour in homes, offices, and schools. The enterprise space was the only notable absentee, and it looks like the Cupertino, California-based tech giant is making inroads there as well.

Alaska’s iPad integration isn’t limited to its check-in stations either — the airline’s flight attendants, customer service agents, and maintenance crews all use iPads. The airline also has an iOS app for travellers, which made the company’s transition to iPads for self-check-ins essentially a logical extension of its current infrastructure.

“We’ve been able to reuse a lot of the things we already do on the back end, and then provide that very simple front-end experience that Apple provides and guests are used to,” said Jain.

And Alaska Airlines isn’t the only major company to have adopted the iPad. American Eagle, Capital One, P.F. Chang’s, Warby Parker, and many others have started employing iPads for customer service.

“This is the first time that a bag-tag printer’s been connected to the iPad,” said Jain. “So both sides—our bag-tag printer vendor and Apple—obviously were key to this.”

The iPad Pro didn’t make it into Alaska’s new baggage drop-off stations, which also have a tablet-like user interface but use different hardware to support the equipment involved in the drop-off process.

“We will probably do some more [testing] work around it,” Jain concluded. “But right now, what we are seeing is that it’s keeping up really well with the airport environment.”

Apple has made even more headway with enterprise customers across its wider product catalogue. Swedish automaker Volvo equipped its 1,500 Personal Service Technicians with Apple Watches and iPhones hooked into the internal Volvo Service app to help improve customer service, and reported remarkable results.