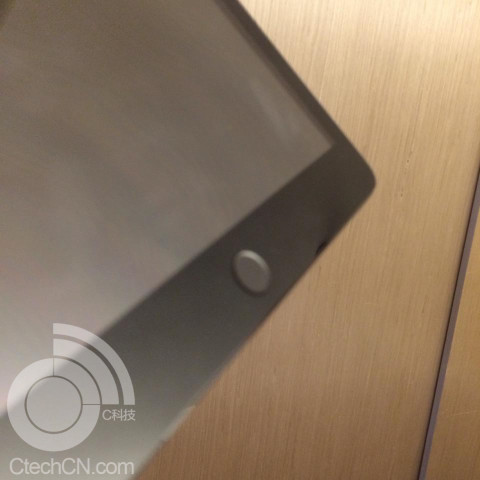 Right after the alleged gold iPad 5 leak, a new image has been posted suggesting that on top of the gold colour, the next-generation iPad will likely sport a fingerprint sensor.

The Chinese site, CtechCN, which has proved to be somewhat reliable when it comes to leaking information about Apple’s forthcoming iDevices, has obtained an image of the alleged iPad 5 Home button, which is easily distinguishable from a regular Home button, since the square is missing from the middle.

However, the image is blurry, which also raises authenticity concerns, so the leak needs to be taken with a pinch of salt.

Nevertheless, the guys from Unbox Therapy have obtained the alleged front panel of the iPad 5, and according to their non-scientific test, the iPhone 5s’ Home button fits exactly into the next-generation tablet’s opening, which also suggests that the fingerprint sensor may be one of the features Apple will announce at the rumoured October 22 event.