Numerous American Airlines flights in the U.S. were delayed tonight as iPads used by pilots suffered from an abrupt application crash, which triggered widespread delays, reports Quartz, as the airline told the publication “several dozen” flights were affected. 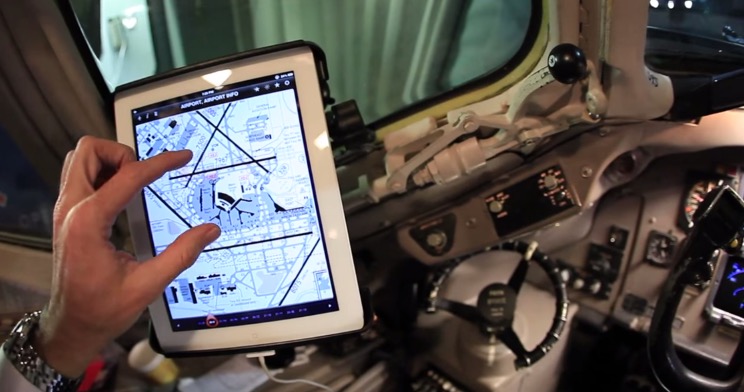 The airline responded to a passenger on Twitter “Some flights are experiencing an issue with a software application on pilot iPads. We’ll have info about your departure soon.”

Pilots on American Airlines switched to iPads back in spring of 2013, to replace paper manuals and maps, in what is known as the ‘kitbag’. The airline was the first in the U.S. to receive FAA approval to use iPad Electronic Flight Bags (EFB), with each pilot carrying the tablet and backup batteries.

American Airlines have their iPad flight kits based on software and data provided by Jeppesen, a subsidiary of Boeing Digital Aviation. Sounds like this was a case of an enterprise level app crashing across the network, and not iOS itself on the iPads. We’ll find out more soon.