Richard Shim of NPD DisplaySearch says Apple is about to release two iPad mini models, with the first one to arrive in the second half of this year, and the second in the first quarter of 2014. 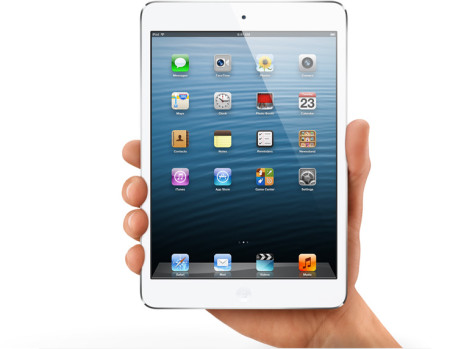 Richard Shim sees two iPad mini model refreshes coming, “One in the second half of this year, then one in the Q1 of 2014. The Q1 [2014] device will have a Retina display plus an updated processor,” Shim told CNET.

In other words, if Shim’s forecast is correct, the wait is over: Apple will launch the first iPad mini model in Q3 2013. The second refresh sounds a bit un-Apple-like though: another product refresh within six months? Maybe they should keep in mind the consumer uproar when they followed the fourth-generation iPad launch.

At this point it is unclear what display technology will be used, although there are some potential candidates, such as LTPS (low-temperature polysilicon), the same technology used in the iPhone 5.