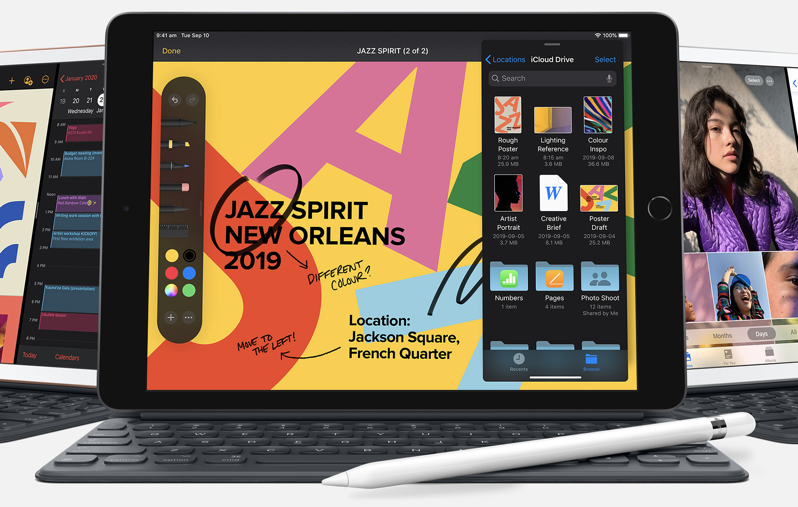 Apple announced a new 10.2-inch iPad at its September event earlier this month, and the new tablet is now shipping to customers in Canada.

The 10.2-inch iPad (2160-by-1620-pixel resolution at 264 pixels per inch), as a successor to last year’s iPad, now has a larger display (versus 9.7-inches) and also includes a Smart Connector to support Apple’s Smart Keyboard. The 10.2-inch iPad is powered by the A10 Fusion processor, the same as last year’s 9.7-inch iPad, while also supporting the first-generation Apple Pencil.

Apple says the regular iPad is the company’s most popular model. Sales have debuted after the launch of iPadOS 13 yesterday, marking a major shift in how iPad users can now use the tablet.