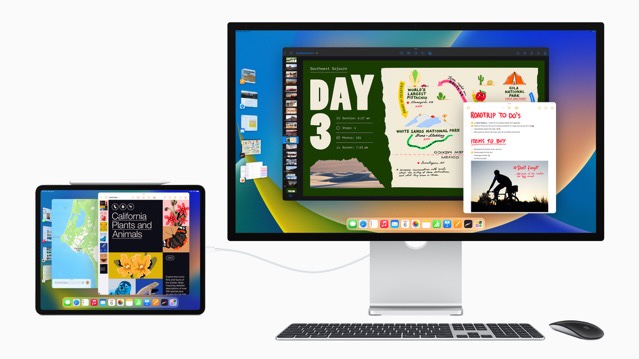 Apple today confirmed that iPad users will no longer be able to use the tablets as HomeKit-enabled home hubs once they upgrade to iPadOS 16 later this fall — reports MacRumors.

The company announced iOS 16, iPadOS 16, macOS 13, and more at its Worldwide Developers Conference (WWDC) earlier this month. While iPadOS 16 brings a ton of features, including the all-new Stage Manager, to iPad, it will cost users home hub functionality.

Apple notifies users in the iteration of the Home app shipping with iOS 16 beta 2 that:

A home hub is required to take advantage of features like receiving accessory notifications and allowing other people to control your home. You will not be able to view shared homes until those homes are also upgraded to the latest HomeKit. iPad will no longer be supported as a home hub.

The change was first revealed in an iOS 16 preview website Apple published following WWDC. “Only ‌Apple TV‌ and HomePod are supported as home hubs,” the website reads.

However, the first iOS 16 and iPadOS 16 beta still allowed iPads to be configured as home hubs. That has since changed with the second beta, which started making its way to developers on Wednesday.

With the iPad losing home hub functionality, users will need to have a HomePod, HomePod mini, or Apple TV to take advantage of HomeKit features like location-based automation and remote access to smart home devices with Siri.

Apple hasn’t said why it is dropping support for the iPad as a home hub. However, the move could be in preparation to roll out ‘Matter,’ a new smart home connectivity standard Apple is spearheading alongside other companies.