If you want to buy an iPad Pro, you can have it in up to five business days, but that’s not the case for the key accessories, the Smart Keyboard and Apple Pencil, that went on sale alongside the gigantic tablet. For those, you will have to wait up to five weeks. 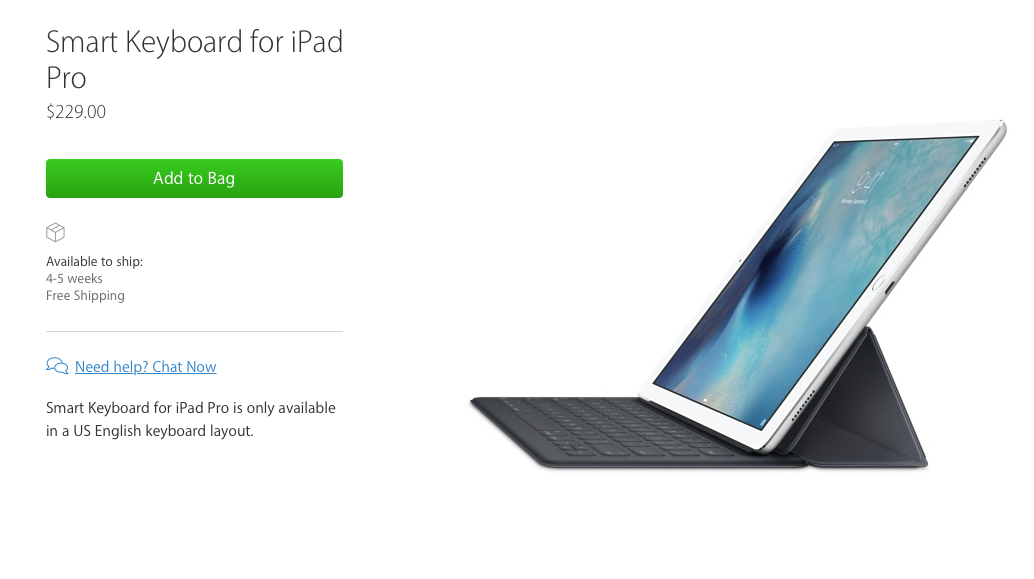 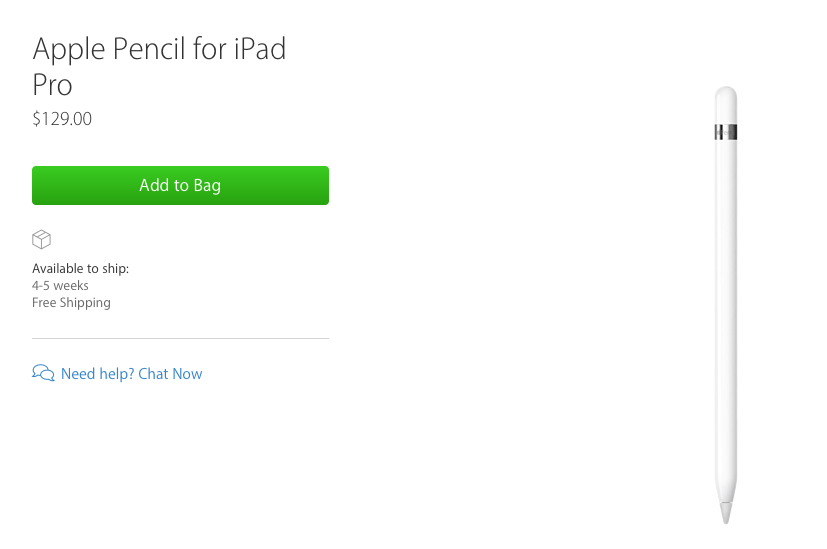 And that’s in the US, as well as in Canada, Australia, the UK and other countries. Mashable checked both the online Apple Store and several retail stores, and found stores don’t have supplies of either the Smart Keyboard or the Pencil. For example, salespeople at Apple’s Grand Central and West 14th Street stores in New York say they have only a handful of Smart accessories, and for demo purposes only.

When contacted, an Apple spokesperson said:

As a result, if you want a keyboard, you may want to buy the one by offered by Logitech. As for the Apple Pencil, well, you’ll have to wait.